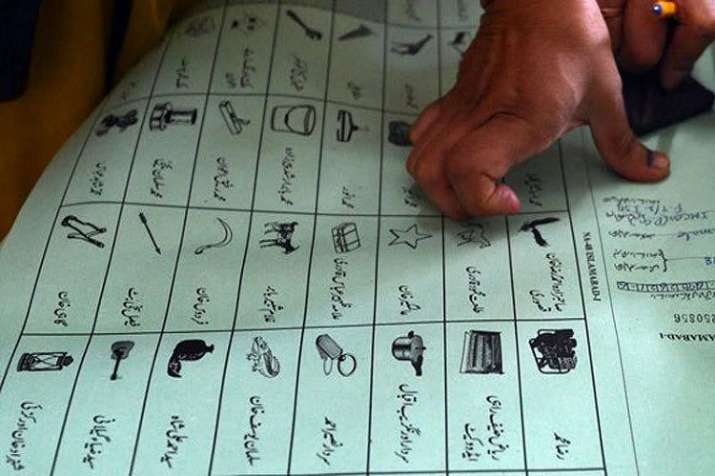 Shafaqna Pakistan; At the two year anniversary of PTI’s Govt, the debate whether 2018 elections were rigged has once again dominate the Pakistan’s social and mainstream media. Different claims were made by the different analysts and political commentators. Similarly Raza Hashmi was one of the journalist that was covering the 2018 general elections. His video has raised many questions on the transparency of the General elections 2018.

According to Raza Hashmi he was assigned duty to cover polling process in different constituencies in Lahore and when he visited different polling stations he was stopped to get in. He was told by the security personnel that media is not allowed inside the polling stations and they are not bound by the orders of election commission but their seniors.

On the other hand when he informed his news channel, they asked him to stay outside and take views from the peoples exiting polling stations after polling their vote. He was also advised a balanced reporting but he denied that it was impossible to make a balanced reporting at exit polls because you cannot put your words in the mouth of person who polled his vote in favor of certain political party but the channel was insistent to have balance views.

After his denial he was told that they have changed the strategy and they will to comment that which party is taking lead but he was also warned to remain balanced and do not favor any political party at which Raza Hashmi replied that he cannot comment on results because it is still too early and among hundreds of polling stations only few polling stations have declared result so far and final decision cannot be made on the result of only few polling station results. At this the channel said that we have already all the results so there is no need to wait for the vote count from all the polling stations.

He also mentioned that many of the polling agents complained that they were not allowed to sit in the vote counting process so that they had to stay out and they don’t know whats going on inside. Raza Hashmi also cited that an impression was being build that a certain political party has lost from his hub and they have lost their credibility so it impacted the voting process across the country. He also claimed that all the TV channels followed the same suit.