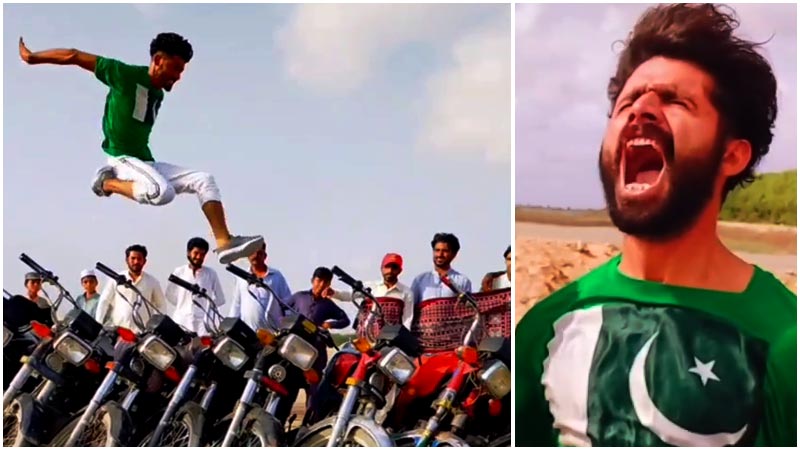 Do you remember seeing a video on social media of a Pakistani boy jumping over 11 bikes? The Athletics Federation of Pakistan saw it too and they have decided to train him.

Twenty-one-year-old Asif Magsi has become an overnight sensation after his videos went viral on TikTok and Facebook. He has 1.2 million followers on TikTok, where he mostly posts videos of himself leaping over streams and motorcycles.

Speaking on SAMAA TV’s programme Naya Din on Tuesday, Magsi said he has been doing this since childhood.

“I practiced consistently to make the leap [in viral video]. I started from five bikes, then took it to seven and then to 11 bikes,” he said. “I’ve had a few injuries but none of them were ever serious.”

He eats nothing special in his diet, but that may change soon as the Athletics Federation of Pakistan President Major General (retd) Muhammad Akram Sahi is keen on training him.

He’s preparing to leave for Lahore where he will be groomed by the federation to represent Pakistan on international level.

The prodigy has even got the attention of legendary American Olympian Carl Lewis who’s a former track and field athlete. Lewis who nine Olympic gold medals, one Olympic silver medal, and 10 World Championships medals, including eight gold.

In his Twitter post, Lewis praised Magi’s fearless attitude while jumping over bikes. He feels Magsi has the perfect mindset that is needed to make it big in athletics.

The 21-year-old has his eyes fixed on making world record for longest jump in the history.