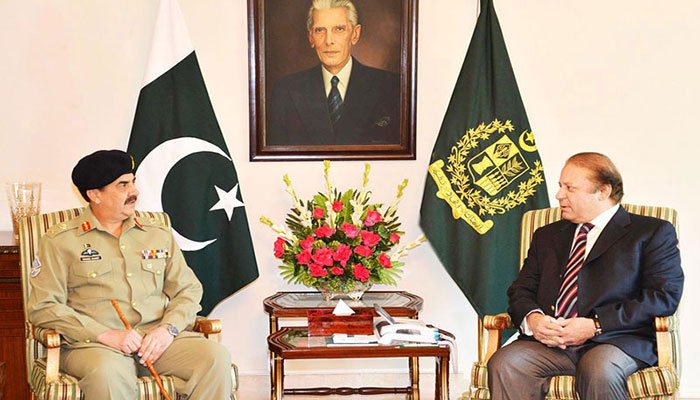 Shafaqna Pakistan: Former prime minister Nawaz Sharif had complained to the-then army chief General (retd) Raheel Sharif that the DG ISI Lt Gen (retd) Zaheerul Islam had sought his resignation through a messenger, following which the COAS had confronted the latter in a follow-up meeting with the premier and his key ministers.

Gen Zaheerul Islam, however, denied that he had conveyed any such message to the prime minister. Some key PML-N ministers were also present in the meeting during which Zaheerul Islam had offered to resign for the ‘embarrassment’ caused to him.

Informed sources said that Zaheerul Islam was told by the prime minister that some of his junior officers might have done it, but the DG ISI said that was not possible. Background interaction with some of those who were involved in the matter showed that the ‘messenger’ had conveyed a message to Nawaz Sharif, allegedly from Gen Zaheerul Islam, to resign. But the messenger had told the premier that an ISI brigadier had brought Zaheerul Islam’s message to him to convey to Nawaz Sharif.

The messenger, who was approached by The News for his views, was reluctant to speak on the matter. However, it has been confirmed that during his meeting with the then prime minister Nawaz Sharif and Finance Minister Ishaq Dar late one night in the third week of August 2014, he said that a particular brigadier from the ISI had asked him to go to the prime minister and seek his resignation.

The brigadier, who is now retired, when contacted told this correspondent that he had neither talked to the messenger nor spoken to him on that day. He said that Zaheerul Islam never asked him to convey any such message to the person who had met Nawaz Sharif late at night.

It is said that while the messenger was making frantic efforts to meet the prime minister, the DG ISI was attending a corps commander meeting which was called late in the evening and continued till late at night to discuss the situation arising out of the PTI-PAT sit-in.

In this situation, the statement of the messenger who had met the premier is critically important. But the person refuses to speak on the record. The very next day after receiving the message, Nawaz Sharif had apprised interior minister Chaudhry Nisar, whose reported reaction was, “how can you trust him?”

It was during those days that General Raheel Sharif had advised the prime minister to get the resignation of the then Chief Minister Shahbaz Sharif, set up a judicial commission on rigging in the 2013 elections and lodge the Tahirul Qadri-led PAT’s FIR in the Model Town case.

The premier had agreed to set up a judicial commission and lodge the Model Town FIR but Shahbaz Sharif’s resignation advise was ignored. It is also learnt that during the heyday of the sit-in, when Imran Khan and Tahir ul Qadri were taken to the GHQ for their meeting with General Raheel, it was the then DG ISI who had set up the meeting. General Raheel had informed the then premier about these meetings, which were apparently aimed at pursuing Khan and Qadri to end the sit-in. They, however, did not agree.

Recently, former prime minister Nawaz Sharif had for the first time in public claimed that the former ISI chief Lieutenant General (retd) Zaheer-ul-Islam had conveyed a message to him “in the middle of the night” seeking his resignation during the 2014 anti-government sit-ins.

“I received a message in the middle of the night,” Sharif told PML-N members in the party’s central executive committee meeting recently. He added, “It was said that ‘if you don’t do that you will have to face the consequences and martial law can also be imposed’.

“I said… do whatever you want but I won’t resign,” Sharif added. Nawaz Sharif, however, did not name the person who had brought the DG ISI’s message to him.

Later, the former DG ISI General Zaheerul Islam while talking to The News stated that he had never sought the resignation of the then prime minister. “I never sent anyone to convey any such message to the prime minister,” he said, adding, “This is absolutely wrong.”

Nawaz Sharif, however, was of the firm belief that the sit-in was a plot against his government and that the DG ISI was involved in the conspiracy. Later, after Zaheerul Islam’s retirement, the premier visited GHQ and in his meeting with top generals he had asked General Raheel whether an inquiry was not in order to probe the entire matter. However, the probe to get to the truth of this matter was never ordered. 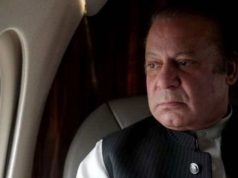 Nawaz Sharif to break silence from London with APC address 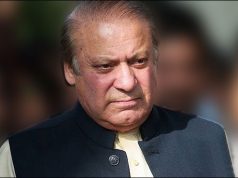 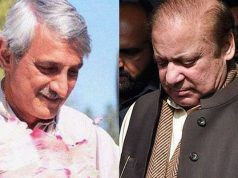 Do not intend to meet Nawaz Sharif, Tareen says as rumours float