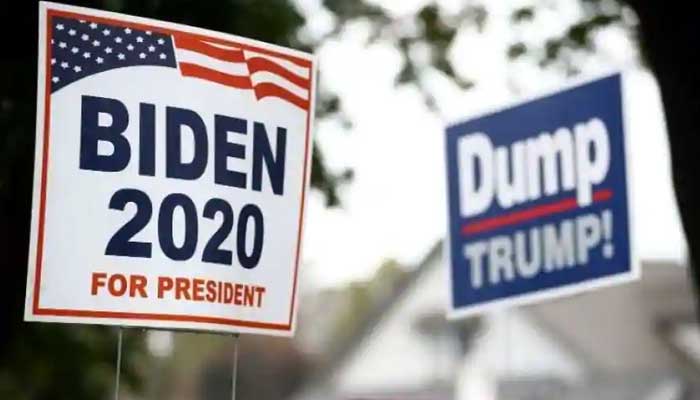 Shafaqna Pakistan: There are still a lot of ‘ifs and buts’ in who will be the next president of the United States, even after three days of 59th US elections. Though voting trends are clearly in favour of Democratic candidate Joe Biden, US President Donald Trump is still not ready to give up.

He has raised questions over the credibility of the elections and even went on to describe it as ‘fraud’. Thus, it is not over yet till it is over. So, it is still premature to say ‘tabdeeli aa gai ya abi nahi aai’ [Change has taken place or it is yet to take place].

All this reminds me of our own elections where allegations and counter-allegations over rigging, political engineering and outside interference is quite common. But, we are a developing country and democracy has not taken strong roots. It is still a long way to go for countries like ours unlike in the mature democracies like the USA, the UK or India. Yet, in the last few US elections, questions have been raised over results and for the first time, none other than the US president himself accused his opponent of ‘stealing his victory’.

The matter may now go to the Supreme Court. So, what lesson can we learn from the US elections, as the government and the opposition backed drastic electoral reforms? Pakistan, like many developing countries, rarely saw democracy flourish due to dictatorial interventions through which the government was often dismissed and elections were managed.

However, some progress has been made towards strengthening of system since 2008 and we witnessed after decades peaceful transfer of power. For the first time through the 18th Amendment, a system was developed on how to set up an interim government before elections and for nomination of Chief Election Commissioner and Members of the ECP. The ECP has also been empowered and it was also decided to get decisions of Election Tribunals within four months. In the latter case, petitions still have not been decided within the stipulated time period.

Now, the government of Prime Minister Imran Khan intends to introduce new election reforms before March 2021 Senate elections in a bid to stop horse-trading by abolishing the traditional method of secret ballot, which in the past became a source of buying and purchasing of votes. Our track record in secret ballot within the Parliament had been very poor and disappointing as has happened in the vote of no confidence against the Senate chairman, where despite opposition’s clear majority, it lost. If the next Senate elections are held through show of hand, it would certainly minimise the element of horse trading. But, why only the Senate, why not for the elections of President, prime minister, speaker, deputy speaker of the National and provincial assemblies, chairman and deputy chairman Senate?

Another dilemma of our weak democratic system is the role of political parties, which not only lack democracy in their own rank and file, but there is a strong trend of family legacy in these parties.

Pakistan has come a long way to this position where despite allegations and counter-allegations, democratic process continued uninterrupted since 2008. However, in 2013 elections, while former president Asif Ali Zardari had termed it ‘ROs election’,’ PTI Chairman Imran Khan also accused outside interference in the elections and even named some officers for their alleged role. In 2018, elections, the PML-N and the JUI-F raised serious questions over pre- and post-election manipulation.

Therefore, even the best of election reforms perhaps would not be able to address the issue of political engineering in making and breaking of governments and political parties. The only way is to have a consensus among all political parties whether in the government or in opposition.

Interestingly, after 2016 US elections, when Donald Trump surprised former secretary of state Ms Hillary Clinton and became the US president, his relationship with the American establishment remained strained and at times he took decisions not in conformity with the traditional US policies at global level.

But, then the US has a presidential form of government while Pakistan has a parliamentary one. Even otherwise, there is no comparison, but what is surprising is the deterioration in the electoral system in one of the oldest and mature democracies like in the only superpower of the world, the United States. From vote count to challenging the results and threats to go to the court and agitation on streets have been part of democracies in the developing countries, but when such reports start coming from mature democracies like the US, it’s a matter of concern.

When the US president in the middle of counting started questioning vote count and declared election fraud, it certainly generated controversies and this is exactly what happened in the US.

Trump, whose entire tenure was marked with controversies, fought with the media and some surprised domestic and global decisions including the way he addressed the most alarming coronavirus pandemic, which infected millions, has questioned the election credibility before and during the election day as well, perhaps sensing his defeat. No US president has confronted the media as much as Trump, who blamed journalists for fake news against him and in return the media even counted and reported how many times the president ‘lied’.

Pakistan watched the developments in the US elections but Prime Minister Imran Khan although predicted Biden’s victory in the light of some surveys he also described Trump as someone who takes unusual decisions.

PM Imran Khan, during his last US visit, has some good memories of his meeting with Trump, who praised him as a ‘good man’ and offered to mediate on Kashmir dispute between India and Pakistan. He also promised to visit Pakistan and appreciated Pakistan’s role in resolving the Afghan issue.

However, Joe Biden was always considered as someone sympathetic towards Pakistan and among those who also wanted resolution of the Kashmir issue. Biden had visited Pakistan sometime back and we can look towards him in improving relationship.

It is still premature to say who will be in the White House for the next four years despite Biden’s clear lead. What happened in the last few days in US elections is a setback for democracy if even in the two party system one party refuses to accept the results, irrespective of the other’s majority.

Pakistan can learn a lot from strong democracies and key for transparent, free and fair election only possible if all measures be taken to stop pre- and post-election engineering. The government and opposition both are in a confrontation mood at the moment while the need of the hour is to ensure that at least both sides agreed on minimum points particularly electoral reforms, local bodies elections and census.

The writer is a senior columnist and analyst of Geo, The News and Jang. 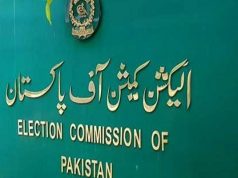 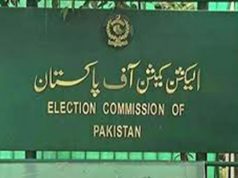 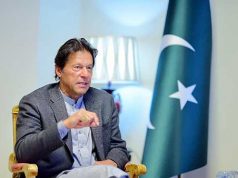 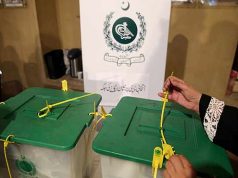 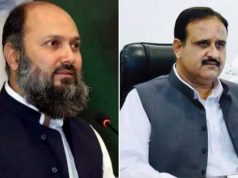 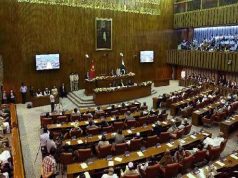