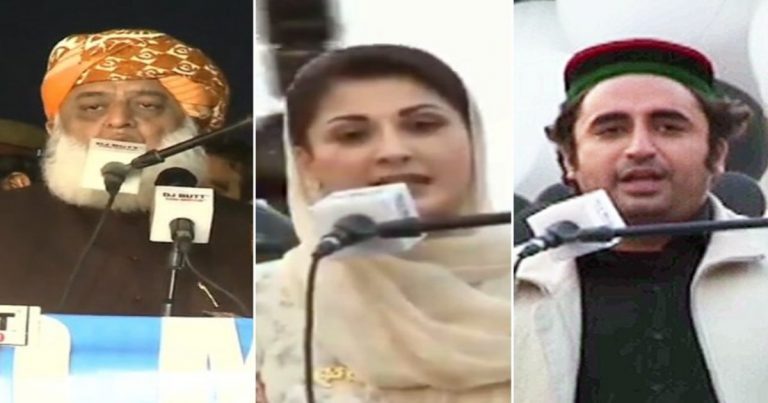 PDM’s Peshawar rally had few unique features which include: a rally amid Coronavirus and defying the Government’s ban, Maryam Nawaz left the show due to the death of her grandmother and last features was astonishing support to the rally by an international news agency BBC. Which is indeed an alarming sign that  how foreign players are playing games in  Pakistan.

While covering the rally of Pakistan Democratic Alliance (PDM) in Peshawar on Sunday, BBC put up the headline, “Pakistan opposition seeks end to Imran Khan’s ‘puppet’ rule, in its article. A score of internet users pointed out the disturbing headline of the media outlet and slammed BBC for promoting the nefarious agenda of PDM. A strong reaction came from the social media team of Pakistan Tehreek-I-Insaf (PTI) as well. A Twitter trend against BBC is trending atop on social media. Netizens have been voicing their condemnation of BBC under the #Shame_On_BBC on Twitter.

Meanwhile, the BBC has not responded to the backlash on social media. A score of PTI leaders has also voiced strong disapproval of the article released by BBC on its website. While BBC exaggerated the strength of the crowd, Netizens tagged BBC and posted aerial footage of the rally, with a small crowd in attendance at the PDM rally in Peshawar that debased the claims of BBC.

Protesters have demonstrated in the city of Peshawar, despite a government threat to ban gatherings to curb rising coronavirus cases. The PM, who came to power on an anti-corruption platform, has said the campaign is aimed at blackmailing him to drop corruption cases against opposition leaders. Pakistan’s powerful military denies interfering in politics and Mr. Khan rejects claims it helped him win.

This is not first time that BBC trying to spread chaos in Pakistan. In the past BBC has done this at many occasions like on June 2, the BBC published a report on its website titled “Uncovering Pakistan’s secret human rights abuses” which said tens of thousands of people have been killed during Pakistan’s long battle with militants as part of the post -9/11 war on terror and that many of them were tortured and murdered by soldiers and insurgents in Waziristan, a tribal district in northwestern Pakistan bordering Afghanistan.

While Pakistan condemned the story but its information ministry also said “The story not only presented a fabricated theme but also violated journalistic ethos. The story also violates BBC’s editorial policy by not incorporating the point of view of all stakeholders/citing credible sources/quoting authentic evidence etc. Infact BBC is infamous for its controversial and fabricated news as on March 28, the BBC apologized and agreed to pay damages to Ukrainian President Petro Poroshenko over an incorrect report claiming a payment was made to extend a meeting between Poroshenko and U.S. President Donald Trump.