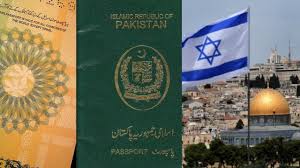 Pakistan has dismissed the “baseless speculations” that the country is contemplating to normalise its ties with Israel. “Responding to media queries, the spokesperson [Zahid Hafeez Chaudhri] categorically rejected baseless speculation regarding possibility of recognition of the State of Israel by Pakistan,” the Foreign Office said in a statement on Tuesday. The statement came amid speculative media reports that Pakistan might be considering recognising Israel as Arab countries are gradually embracing the Jewish state.

Meanwhile Mubashir Luqman, a renowned Pakistani anchor has in a recent talks with an Israeli News channel said that” Israel is a great nation and Pakistan should recognize it. He said Israel is not a dream but a reality, adding that it will take time to change the mindset of the layman Pakistani to accept Israel. This Interview came at a time when media is abuzz with the news of Netnayhau’s secrete visit to Israel. Though the meeting was denied but several media outlets in Israel say the visit indeed took place, while a member of the state’s security cabinet has said on record that “the meeting happened”.

On the other hand Israeli media claimed that Prime Minister Benjamin Netanyahu secretly met Saudi Crown Prince Mohammed bin Salman (MBS) on Sunday. US Secretary of State Mike Pompeo was present in the meeting. Mossad Chief Yossi Cohen also attended the meeting, which was reportedly held in Neom on Saudi Arabia’s Red Sea coast, reported Israel’s Kan public radio and Army Radio. Notably, Riyadh has so far declined to normalize ties with Israel, saying Palestinian statehood goals should be addressed first. But the Saudis have allowed Israeli airliners to overfly their territory to newly available Gulf destinations and to Asia.

Experts, opinion makers and independent analysts in Islamabad believe that Pakistan’s popular discourse is unlikely to allow it to recognize Israel in the coming few years. It is also important to note the new alliance e.g. Turkey, Iran, and Malaysia as a new powerful bloc in the Muslim world is also playing an important role in Pakistan’s case. Pakistan is likely to stand by Iran and China in the coming years which may result a paradigm shift in Pakistan’s foreign policy with regard to Saudi Arabia.

Also if Khan and other Pakistani leaders have also been keen to draw parallels between the situation in Kashmir and the situation in the occupied Palestinian territories – if Pakistan was to engage with Saudi instructions and engage with Israel, it could end up undermining its stance on Kashmir. Another factor that  is arguably the biggest obstacle for Khan would be the myriad religious groups in the country, who hold a great deal of power and are implacably opposed to any recognition of Israel.

“The biggest religious groups are against Imran Khan. If the government ever decides to recognise Israel, the pressures from the religious authority will be a considerable challenge,” said Mohammed Israr Madani, president of the International Research Council for Religious Affairs in Islamabad. 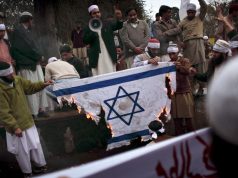 Who is pressurizing Pakistan to recognize Israel? Shafaqna Exclusive