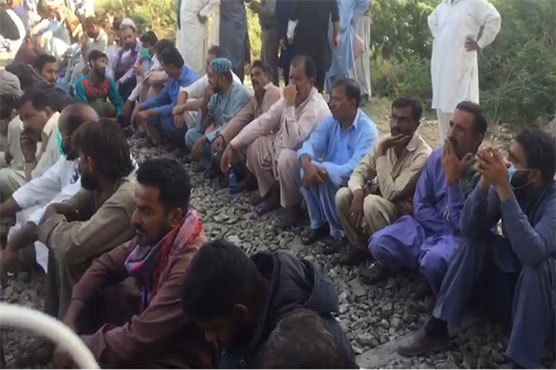 Train service from Karachi to other parts of the country was restored as sacked Pakistan Steel Mills workers ended their sit-in protest on Bin Qasim railway track after negotiations with Sindh government on Tuesday night, Dunya News reported.

According to sources, Karachi Express departed from Bin Qasim after 15 hours dealy while Pakistan Express left Landhi Railway Station after a delay of 10 hours.

Rehman Baba Express and Shah Hussain Express left Karachi after a delay of 12 hours while Allama Iqbal Express from Malir Station, Karakoram and Business Express from Kent Railway Station were ready to depart.

On the other hand, departure of Shah Hussain Express and Karachi Express from Karachi to Lahore has been canceled.