Shafaqna Pakistan: The three leaders of Iraq discussed in a joint meeting the early elections, the 2021 budget, the popular protests and the need to strengthen the country’s national security.

The Iraqi Presidential Information Office said in a statement that the meeting stressed the need to strengthen stability in the country, maintain security and health of citizens, support the right to peaceful protest and strengthen the authority of the security services and law enforcement to achieve peace and security in the society were emphasized.

At this meeting, the activities of all officials, political forces and all social activists to support the measures necessary for the success of the elections by preventing fraud and manipulation of the Iraqis’ opinion to elect their representatives away from the domination of weapons were considered essential.

The Iraqi presidents stressed at the joint meeting that “honesty and transparency are essential in the various stages of the election, and that International observers were seriously invited in coordination with the UN special section.”

The meeting stressed the need to approve the draft public budget law for 2021 in a way that protects the rights of citizens and prevents the consequences of the current financial situation on the country’s economic situation, especially for low-income social groups. It was also stated that it is necessary to reach fundamental solutions between the federal government and the Kurdistan Regional Government (KRG) on financial issues in a way that guarantees the salaries of all employees and does not involve them in political disputes. 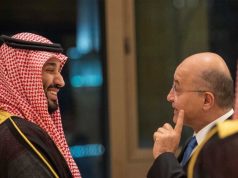