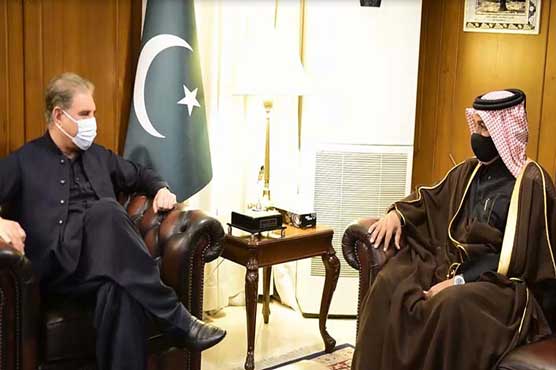 Shafaqna Pakistan: Foreign Minister Shah Mahmood Qureshi Monday reiterated that Pakistan supported intra-Afghan negotiations as it was a historic opportunity for establishment of durable peace and stability in Afghanistan and the region.

The foreign minister, in a meeting with Special Envoy of the Foreign Minister of Qatar Dr Mutlaq bin Majed Al-Qahtani here, hoped that the collective efforts to achieve lasting peace and stability in Afghanistan would bear fruit.

During the meeting, the two sides discussed the matters of mutual interest, with a special focus on the Afghan peace process.

Foreign Minister Qureshi appreciated Qatar’s positive and constructive efforts as the host of the US-Taliban talks that culminated in the peace agreement and the subsequent intra-Afghan negotiations.

He highlighted that both Pakistan and Qatar had facilitated the Afghan peace process and reiterated that Pakistan strongly believed in a negotiated settlement as there was no military solution of the conflict in Afghanistan.

Emphasizing that peace and stability in Afghanistan were in Pakistan’s interest, the foreign minister underscored the need to remain vigilant of the role of ‘spoilers’ seeking to undermine the peace process.

Qureshi also expressed the hope that progress on the implementation of the United States-Taliban Peace Agreement would be maintained to achieve its stated objectives of a peaceful political settlement in Afghanistan.

Speaking on the occasion, Mutlaq bin Majed Al-Qahtani said Peace in Afghanistan is essential for the social and economic development of the region. He lauded Pakistan s civil and military institutions for their countless sacrifices in establishing peace. 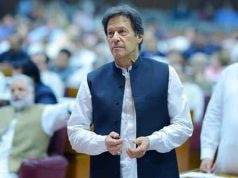 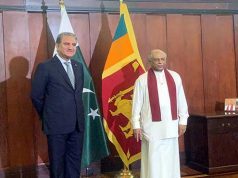 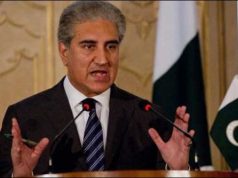 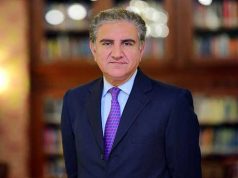 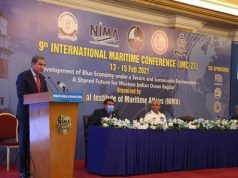