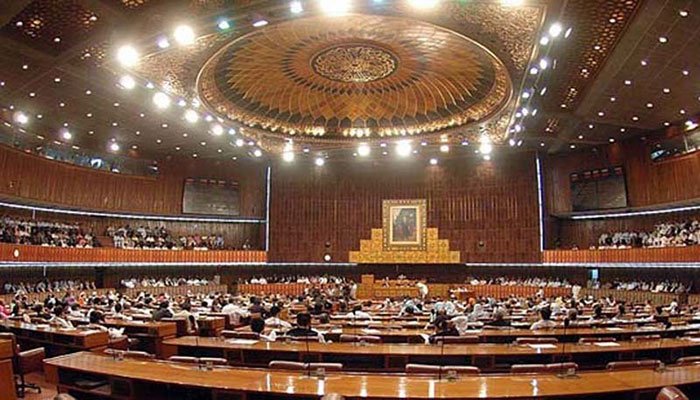 Shafaqna Pakistan: The National Assembly’s Standing Committee on Parliamentary Affairs on Saturday proposed as many as 49 amendments to the Election (Amendment) Bill, 2020.

The Election (Amendment) Bill was introduced in the National Assembly on October 16, 2020 and was referred to the Standing Committee on Parliamentary Affairs the same day.

The major proposed amendments to the bill include more financial autonomy to Election Commission of Pakistan (Section.11(2)); delimitation on the basis of equal number of voters instead of population (Sections 17&20); appeal to Supreme Court by any aggrieved person on delimitation lists (Section 21(5) new); variation in delimitation not exceeding 5% (instead of 10%) (Section 20); sections relating to electoral rolls by ECP to be omitted (24, 26, 28-34, 36-42, 44); electoral rolls same as registration ID data of NADRA (Section 25); appointment of polling staff from amongst the officers/staff from outside of a constituency (Section 53); provision to challenge appointment of polling officers/staff within 15 days of appointment (Section 15); increase in nomination fee (Section 61); seat to be vacated if returned candidate does not take oath within 60 days from first sitting (Section 72 A new); appointment of five election agents for a polling station instead of one (Section 76(1)); overseas Pakistanis to be extended voting rights (Section 94); use of electronic voting machines in elections to make it transparent (Section 103); polling for Senate elections under open ballot (subject to amendment in Article 226 of the Constitution); enlistment of political parties on the basis of 10,000 members (instead of 2000) including 20% women (Section 202); annual convention by political parties (Section 213a new); and introduction of timelines for various election procedures.