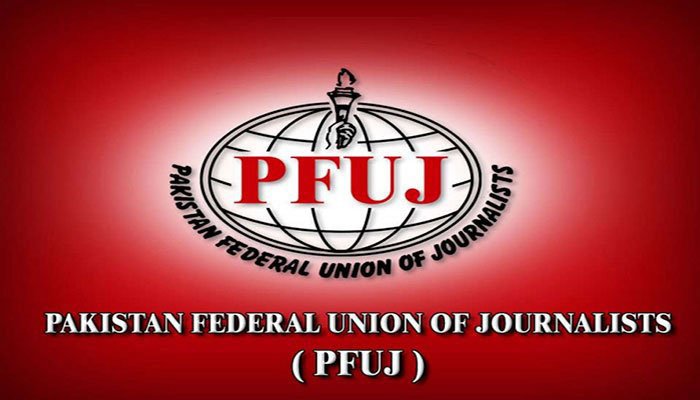 Pakistan Federal Union of Journalist (PFUJ) has pledged to continue its struggle for freedom of press, expression and speech in the county and protection of rights of journalists and media workers who have been suppressed, deprived of rights and victim of target killing by anti-media and anti-freedom of speech agents.

On the eve of World Press Freedom day in a statement, President PFUJ Shahzada Zilfiqar and Secretary General Nasir Zaidi, while assuring commitment of PFUJ for the rights of media workers and for the resolution of issues confronted by media industry in the country due to ill-conceived policies of the present government has called for greater unity among all the down trodden groups who are struggling for the rights should forge unity among their ranks. “Freedom of press and free speech and expression is the hallmark of PFUJ and will not surrender this cause at any cost” the PFUJ leadership said.

PFUJ said that some 15,000 journalists and media workers lost their jobs in Pakistan, 148 cases of attacks and violations against the media and its practitioners, including journalists were reported during May 2020 and April 2021 and situation is worsening in a country of 22 million people who have been denied right of speech and expression and right to access the information. “It is a collapse of the state and government as the environment for the freedom of speech and free press is not conducive due to denial of such rights guaranteed in the Constitution of Pakistan,” the statement said, “Even the federal capital, Islamabad, has become dangerous place for journalists” they remained.

State of media and decline in world media freedom index has brought Pakistan under serious criticism and scrutiny by international organisations, watch dog apart from criticism from international community, they said. of the industry for the restoration of media industry and to find mechanism for resolution of media crisis here in Pakistan” the PFUJ leadership demanded, who have already submitted 19 point charter of demand which still needs to be deliberated.

Apart from concocted and fabricated 27 legal cases against journalists abduction and attempts to kill media professionals, imposition of censorship and issuance of advices to media is widespread, which has undermined and brought industry under serious threat and financial crisis which has directly impacted journalists and media workers and facing denial of salaries, cuts and pay and even layoffs.

“State of Pakistan shall immediately create an environment freedom of press is guaranteed, and free speech and expression is ensured and voices of decent is respected” PFUJ statement concluded. 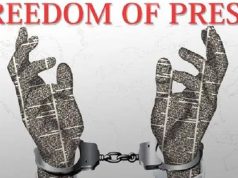