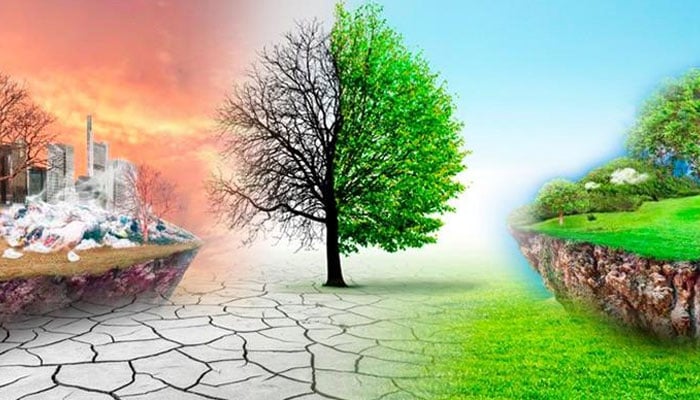 Most legal experts believe that it might not be possible as there exists no international environmental court at the moment. However, Pakistan can approach the International Court of Justice (ICJ) by seeking its advisory opinion under Article 96 of the UN Charter through the UN General Assembly (UNGA) or through any other organs of the UN and specialized agencies that may be authorized by the UNGA. Vanuatu, a South Pacific Ocean nation, has decided to seek the ICJ’s legal opinion on climate change and is backed by other Pacific and Caribbean nations but has to obtain a majority at the UNGA.

It is being argued that ‘ecocide’ may be added to the list of crimes under the purview of the International Criminal Court (ICC), which includes severe, widespread, and long-term damage to the environment. Pakistan, however, is not a party to the Rome Statute of the ICC, making it difficult, if not impossible, for the country to seek its assistance.

The reasons for Pakistan not supporting the ICC are political, as historically Pakistan has relied upon state and national security over human security. The reliance of Pakistan on state and national security is evident from the Indus Waters Treaty (1960) which is supported on numerous political grounds such as to avoid future armed conflict with India over the issue of water or obtaining aid from the World Bank. However, it is regarded by many climate and legal experts as an unfair compromise of Pakistan with India by surrendering its right over the rivers as the treaty allocated the western Rivers of Indus, Jhelum, and Chenab to Pakistan, and the Eastern Rivers of Ravi, Beas, and Sutlej to India. It is argued that Pakistan, instead of surrendering its rights, should have approached the ICJ.

Former Czechoslovakia and Hungary appealed to ICJ in 1993, to resolve their dispute over the Danube River. The ICJ’s verdict successfully demonstrated that it could resolve disputes among riparian states regarding an international water system, and deal with the environmental aspect of any project. It can be argued that India would have objected to ICJ’s jurisdiction.

Pakistan has continued relying upon state and national security instead of human security by not taking appropriate measures for environmental protection in the construction of the China–Pakistan Economic Corridor; or by not prosecuting a multinational that wasted 1.9 billion of the total 4.4 billion litres of water. The matter was taken up by the Supreme Court of Pakistan, but a proper environmental criminal prosecution of any private company is yet to be seen.

Pakistan has not acceded to the 1951 Refugee Convention and its 1967 Protocol, leaving all the climate refugees and internally displaced people, especially in Sindh, without any legal protection. Prime Minister Shahbaz Sharif is nominated as vice president of 2022 UN Climate Change Conference (COP27) which will force the issue of compensation for poor countries for environmental impact, but ironically he has recently inaugurated the commercial operations of Phase-II of coal-mining, contradicting the 2021 COP26, which had called for a transition to clean energy and the rapid ‘phase-out’ of coal, which was later reluctantly replaced with ‘phase-down.’

Pacific nations like Vanuatu are fighting for their environmental rights through a human security approach, which is backed by UNGA Resolution 66/290 on human security. Pakistan can either join these countries or strive alone in the UNGA to gather sufficient support to approach ICJ, as its verdict can be the first victory in making climate compensation a possibility in the future. However, it seems unlikely since human security is not yet a priority for Pakistan.

The writer is a lawyer and afaculty member at the Department ofInternational Relations, Universityof Karachi.

Loans worth Rs1800bn to be provided to farmers: PM Shehbaz