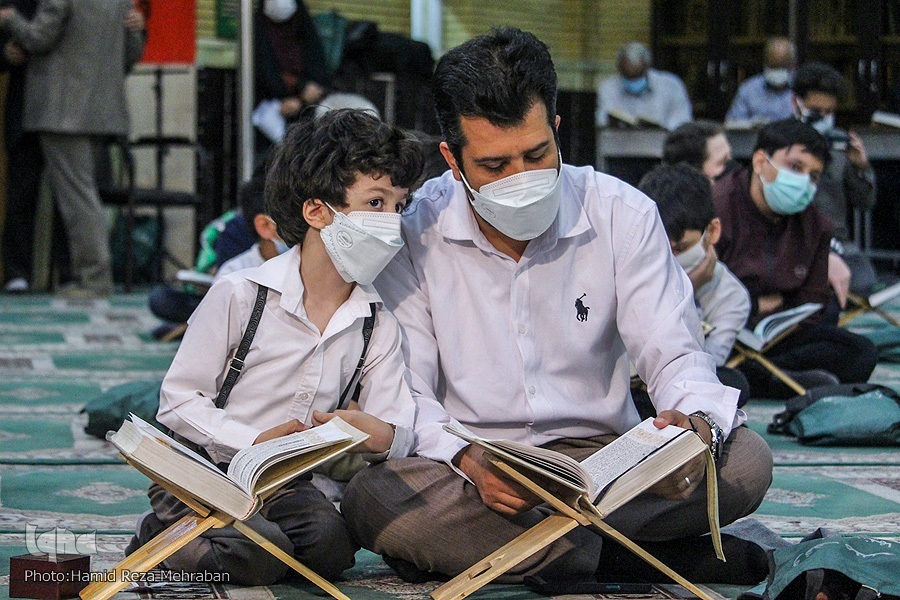 The Prophet of Islam (PBUH) has been the greatest role model for humanity throughout history because, in addition to teaching and guiding the people with his words, he instructed them with his personal behavior.

The Prophet’s personality is not an example for a specific period, generation, nation, religion or place. Rather, he is a lasting global symbol for all peoples of all times.

People and organizations across the globe mark World Children’s Day on November 20 every year since 1954 to improve welfare of children. Respecting children and their rights has been emphasized in Islamic teachings.

With reference to reliable evidence and documents, this article will discuss the Prophet’s attitude towards and behavior with respect to children.

The Holy Prophet (PBUH) used to respect children and greet them and tried to bring them into the social environment.

Imam Baqir (AS) said: “The Messenger of God said: I will not leave five things till I die. One of them is to greet the children.“ [1]

In another narration, it is said that one day in the presence of the Prophet, a man found fault with his son for what he had done. The Prophet said to him: “Your child is an arrow from your archer’s arrows.” [2] The meaning of this saying is that your child is part of your body and your future reserve. By insulting his character, you are hurting yourself and humiliating someone who will be your helper and supporter in the future, and whatever good he does, you will share in its reward. The Prophet (PBUH) urged the man to avoid finding fault, mocking and humiliating children, especially in front of others.

One of the important teachings of Islam is to be kind and cheerful to children. Acts such as playing with the child, buying beautiful and appropriate clothes, telling bedtime stories or giving gifts make children happy.

One day, the Prophet (PBUH) was going to a mosque for prayer. On the way, he met a group of Ansar children who were playing. Seeing the Prophet, they gathered around him and hung on his lap.

On the one hand, the Prophet (PBUH) did not want to disturb them, and on the other hand, he had to go to perform the congregational prayer with the people who were waiting for him.

Then he said to Bilal: “Go home and bring whatever walnuts or dates you find so that I can redeem myself from these children.” Bilal went and after searching, he found eight walnuts and brought them back. The Prophet (PBUH) divided them among the children, and in this way the children agreed to release the Prophet. [3]

Love for children and childlike behavior with them

The Prophet (PBUH) had a special love for children, whether they were his own children or those of others. It has been written about him.

He paid attention to the natural talents of children and was deeply moved by their resentment and unhappiness. In hanging out with children, he made himself equal to them, and played with them and ordered others: “He who is a child to him should behave like a child”.[4]

Heeding children even in prayer

Minors sometimes get impatient because of hunger or loneliness when their parents are saying prayers. A look into the life or seerah of the Holy Prophet (PBUH) shows that worshipping Allah and saying prayers has always been among main his recommendations and actions; and in the meantime, he urges parents to pay attention to the wishes and needs of the child, asking them to make their prayers as short as possible when their children are in need.

The Holy Prophet (PBUH) was leading a noon prayer in congregation and finished the last two rak’ahs quickly. After the prayer, the people said: “O Allah’s Messenger! Did something happen during the prayer?” The Prophet said: “Why are you asking?” They said: “You prayed the last two rak’ahs of the prayer quickly.” He said: “Didn’t you hear the sound of the child crying and screaming?” [5]

One of the very important duties of fathers and mothers is to always try to act on the basis of justice and equality between their children and never give priority to a child over other children.

The Holy Prophet of Islam says: “Fear God and do justice to your children as you would like them to treat you well.” [6]

Will Imran Khan pull another rabbit from his hat on 26? Shafaqna Exclusive

[Video] Always stressing about my kid