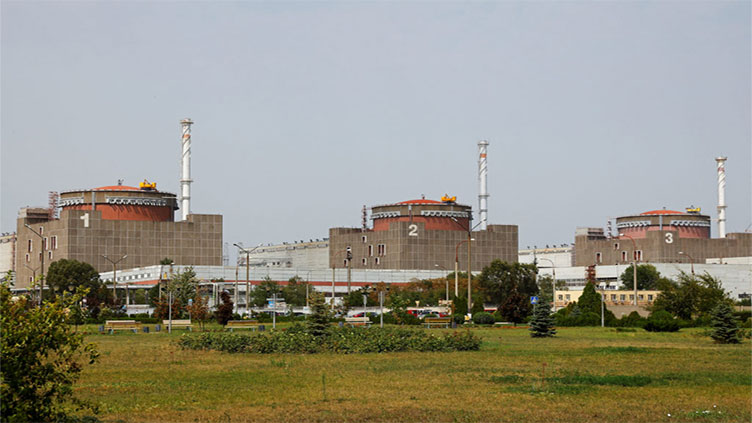 Fresh explosions over the weekend at Ukraine’s Russian-controlled Zaporizhzhia nuclear power plant have once again heightened fears of an accident at Europe’s biggest atomic plant.

Here is a look at the state of the plant in southern Ukraine and the risks associated with renewed shelling and the pressure placed on personnel.

Moscow took control of the site on March 4 shortly after the beginning of its invasion.

Since early August, the situation at the plant has deteriorated with Moscow and Kyiv blaming each other for shelling around the facility.

This weekend, the International Atomic Energy Agency (IAEA) reported around a dozen strikes.

“Whoever it is, stop this madness!” IAEA head Rafael Grossi said.

Grossi, who has warned of the possibility of a “nuclear catastrophe”, has been in talks with Moscow and Kyiv to set up a security zone around the plant. The Vienna-based UN nuclear watchdog has several experts on site.

Describing the strikes as “deliberate, targeted”, he said the latest shelling came “dangerously close to… key nuclear safety and security systems at the plant… We are talking metres, not kilometres”.

Among places that were damaged is a radioactive waste and storage building, the IAEA said, adding radiation levels at the site remain normal.

– What are the risks of the strikes? –

“A direct impact on the reactors, on associated facilities in particular the spent fuel areas, where the spent fuel is located, could have very serious consequences,” Grossi warned in September.

The containment of each of the six Russian-designed reactors is “fairly robust”, Tariq Rauf, a former IAEA official, told AFP.

He added that after the 2011 Fukushima nuclear disaster in Japan “a lot of remedial measures and back up supply” have been put in place.

“But of course, none of these things was designed to survive a war,” he warned.

The other risk is a prolonged power outage.

Shelling has repeatedly damaged the lines, necessitating repairs by Ukrainian engineers, and at times forcing the operator, Ukraine s Energoatom, to temporarily resort to generators.

The plant has 20 emergency diesel generators, with supplies for around 15 days of operation.

– Could we face a Fukushima-style scenario? –

Electricity is essential to run the pumps ensuring the circulation of water and the constant cooling of the fuel of the reactor cores, as well as that in the storage pools.

“A long-lasting total loss of electrical supply would lead to core melt accident and radioactive releases into the environment,” according to the French Institute for Radiological Protection and Nuclear Safety (IRSN).

This would be similar to what happened in Fukushima in 2011, but there a deadly tsunami put the emergency generators out of service, causing a “very quick loss of power”, said the IRSN s Karine Herviou.

Moreover, “these are not the same models: the volume inside the containment enclosures is greater so that any rise in pressure would be slower”, she told AFP.

Zaporizhzhia s six reactors are currently all in shut down mode. In the event of an accident, “the consequences will be less serious” the longer a unit has been shut down, Herviou added.

Before the start of the war, the plant used to supply 20 percent of Ukraine s electricity.

– What is the risk of the personnel under pressure? –

Energoatom head Petro Kotin told AFP in September that Russian forces had tortured staff at the nuclear power station, and that at least two people had been killed. He has also said that plant employees had been kidnapped “periodically”.

Russian troops have also taken over the plant s emergency crisis centre, raising questions how well a critical situation would be dealt with, according to Herviou.

“This centre is essential so that the Ukrainian teams can monitor the state of the installations, take the necessary measures to limit the consequences of any accident, request external reinforcements, alert the populations,” Herviou told AFP.

The IAEA has repeatedly denounced the working conditions, calling them “increasingly difficult and stressful” last month, warning this too risks a nuclear accident.