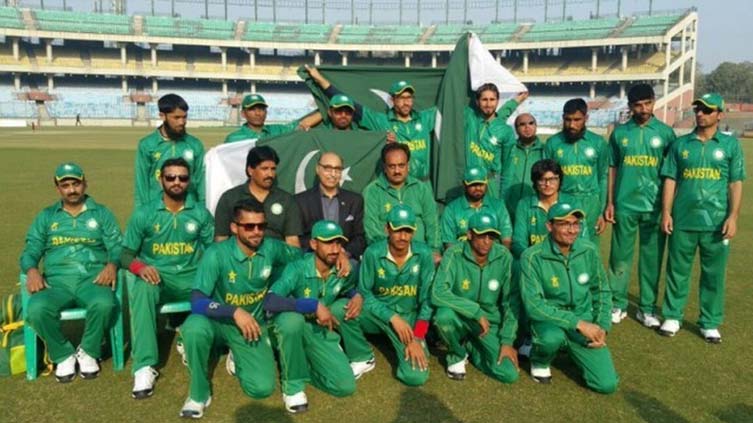 The third edition of the event will be staged in India from December 6 to 17.

“Our training camp for preparation for the T20 World Cup is underway at Quaid-i-Azam Cricket Stadium, Mirpur and will continue till the 30th of this month. The team will depart for India on December 4,” Chairman PBCC Syed Sultan Shah said.

“Our players are in good shape and we are optimistic that they will put up a good show in the event,” he added.

In their opening match, Pakistan will take on South Africa on December 6 in Delhi. In their second fixture they will meet arch-rivals India on December 7 in Faridabad.

On December 9, Pakistan will face Bangladesh in their third match in Delhi, while in the fourth they will clash against Sri Lanka on December 11 in Bangalore.

They will play their fifth and sixth match in Bangalore on December 13 and 14 against Australia and Nepal, respectively.

LG polls to be held in Karachi on Jan 15

Germany crash out of World Cup despite 4-2...

Babar confident Pakistan will prove equal to the...