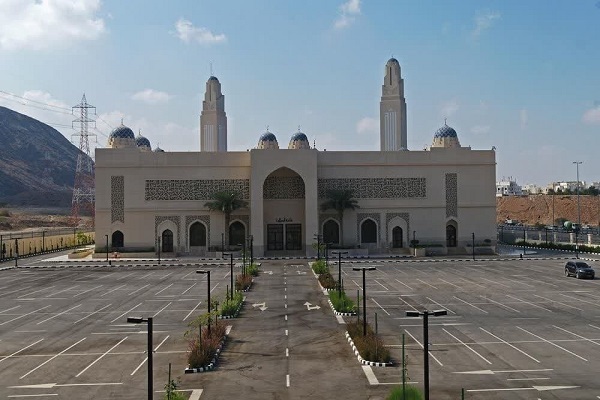 Oman’s largest mosque for Shia Muslims was inaugurated in a ceremony in the capital, Muscat.

Awqaf Minister Mohammed Said al-Ma’amari and Ayatollah Araki, a member of Iran’s Supreme Council of Islamic Seminaries, were among those attending the inauguration event.

There were also Shia and Sunni scholars from Oman and a number of other Arab countries, according to the website of the World Forum for Proximity of Islamic Schools of Thought (WFPIST).

The Jami al-Salam Mosque in Muscat has been built on a 30,000 square meter plot of land and with its building area measuring 12,820 square meters.

The Awqaf Department in Al-Lawatia Area has commissioned the construction of the mosque.

In another ceremony, held at the mosque on Tuesday evening, a book by Ayatollah Araki about the status of mosques in Islamic Fiqh was unveiled in the presence of the head of Awqaf Department in Al-Lawatia, the Iranian Ambassador to Oman, and several Shia and Sunni clerics of the country.

Oman is a country situated in Southwest Asia, bordering the Arabian Sea, Gulf of Oman, and Persian Gulf, between Yemen and United Arab Emirates (UAE). Virtually all Omanis are Muslim.

MDCAT 2022 Results are Officially Out