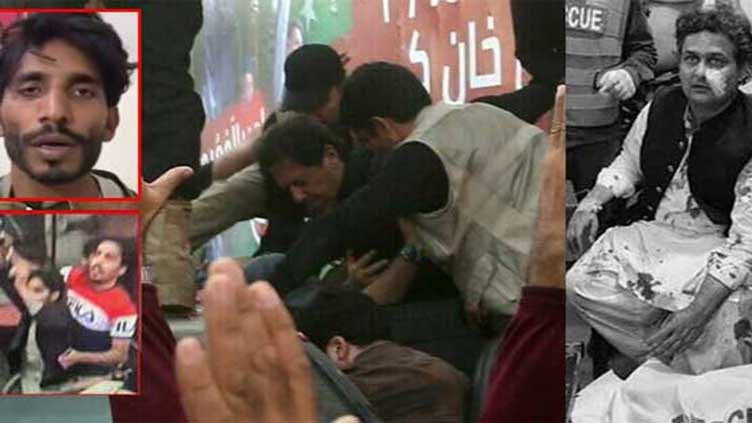 The Punjab government on Thursday replaced the prosecution team engaged in the gun attack on former Prime Minister Imran Khan in Wazirabad during long march.
As per the details, Deputy District Public Prosecutor Zahid Sarfaraz was removed from the prosecution team, and Deputy District Public Prosecutor General Tariq Inayat was added in place of Zahid Sarfraz.

Tariq Inayat will also assist the JIT in investigating the Imran Khan attack case. while the other members of the team include Deputy Public Prosecutor Hafiz Asghar Ali and Rana Sultan Salahuddin.

It is pertinent to mention here that on November 3, Former Prime Minister and Pakistan Tehreek-e-Insaf (PTI) chairman Imran Khan, other party leaders including Senator Faisal Javed were wounded and one killed after gunshots fired at the long march container.

According to the details,the firing incident happened during the long march reception camp at AllahwalaChowk in Wazirabad.

District police officer Ghazanfar Ali said one person was killed and ten others were wounded in the attack.

Fawad further said that three people were injured in the attack, including Senator Faisal Javed and Ahmad Chattha.

Imran Khan with later seen with a bandage on his right leg, just above the foot, according to reports and a blurry image. He was moved to another vehicle from his container truck, from where announcements were being made that he was safe.

My target was only Imran Khan, confesses alleged attacker

The alleged attacker who sprayed bullet with his automatic weapon at Pakistan Tehreek-e-Insaf (PTI) chairman Imran Khan’s container said that his only target was the former prime minister.

In his initial statement, the alleged attacker said that he suddenly decided to assassinate Imran Khan because he was misleading people.

Video] 12 Etiquettes of eating from the Prophet...

Krill oil: Can it protect the brain from...

Rs1.1tr worth corruption cases being given immunity: Imran