India: Till 2014, Dec 6 wasn’t used as a polarising tool by the right wing in MP 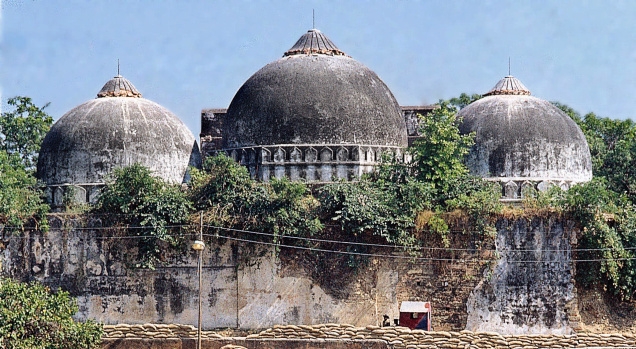 Notwithstanding the rapid growth of communalism in neighbouring Uttar Pradesh after the ‘Ram Janmabhoomi-Babri Masjid’ dispute and despite being a stronghold of Right-Wing Bajrang Dal and Rashtriya Swayamsevak Sangh (RSS), Madhya Pradesh managed to keep communalism out of frame till 2014, thanks to the strong political leadership irrespective of the party in power.

Babri Masjid was demolished in December 1992 and after one year, Congress stormed back into power in Madhya Pradesh. “During 10 years as Chief Minister, Digvijaya Singh (1993-2003) did not allow politics of communalism in Madhya Pradesh, and those who tried to make it a political tool, were sidelined. Even BJP leaders like Kailash Joshi and Sundarlal Patwa (both were CM from Janata Party) had liberal politics. Digvijaya Singh followed that liberalism,” said a senior journalist Law Kumar Mishra.

In 2003, almost a decade after Babri Masjid was demolished in Ayodhya (Uttar Pradesh), this issue gave rise to Uma Bharti as fire-brand of Hindutva, considered as the major impact of Ram Janmabhoomi – Babri Masjid issue. Bharti rose to national prominence when she became one of the major faces of the Ram Janmabhoomi moment along with L. K. Advani and others.

Bharti was made the main face for CM in state assembly elections in 2003 and her reputation as a Hindutva firebrand resulted in sweeping victory. “Bharti’s tenure as CM ended within one year and Babulal Gaur replaced her. During his tenure, Gaur also followed the politics of liberalism. Chief Minister Shivraj Singh Chouhan also did not believe in ‘hate’ politics. During his long tenure as CM, he never promoted those using communalism for their political benefit. But, the situation changed after 2014. Because, the power of state leadership in BJP was cut and all agendas were pushed by the Centre leadership,” said a senior journalist, requesting not to be named.

Another political observer claimed that Shivraj Singh Chouhan has created a liberal image and would never allow anyone to ruin it and that is the reason he refrained from promoting leaders like Pragya Singh Thakur. “Pragya was Delhi’s choice for candidate from Bhopal Lok Sabha. Shivraj would never want anyone to use communalism for politics in Madhya Pradesh,” a journalist said.

Political observers unanimously believe that state leadership from both BJP and the Congress have taken on each other on various issues, but they never promoted communalism and therefore, except the rise of few like Uma Bharti, no major polarisation was seen in Madhya Pradesh. But, since 2014, the situation has changed as power of state leadership has been minimised and the entire decision is being made from the Centre.