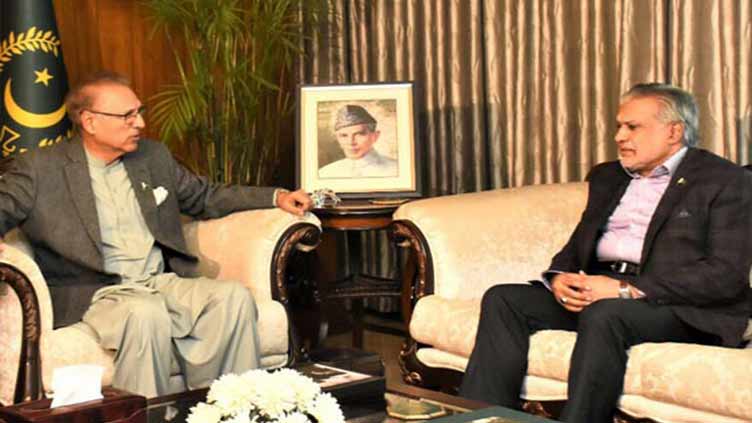 The stalled negotiations between the Pakistan Tehreek-e- Insaf (PTI) and the government, being held with mediation from President Arif Alvi, were resumed on Wednesday after Finance Minister Ishaq Dar conveyed Prime Minister Shehbaz’s message to the president.

Sources said that the country’s finance czar called on the premier before holding a meeting with President Alvi in a bid to find common grounds to drive the country out of political turmoil.

During the meeting, the president conveyed that the PTI sought early election, a key demand being made the party since ouster of its party chief Imran Khan as prime minister in April last.

The development comes after reports emerged that the government pulled out of the negotiation process as the PTI was not ready to budge on its demands.

The government and Imran Khan-led party are at loggerheads over fresh elections in the country as the PTI is exerting pressure on the government for early polls. The PML-N and its coalition partners are not ready to budge on its position of holding elections on time.