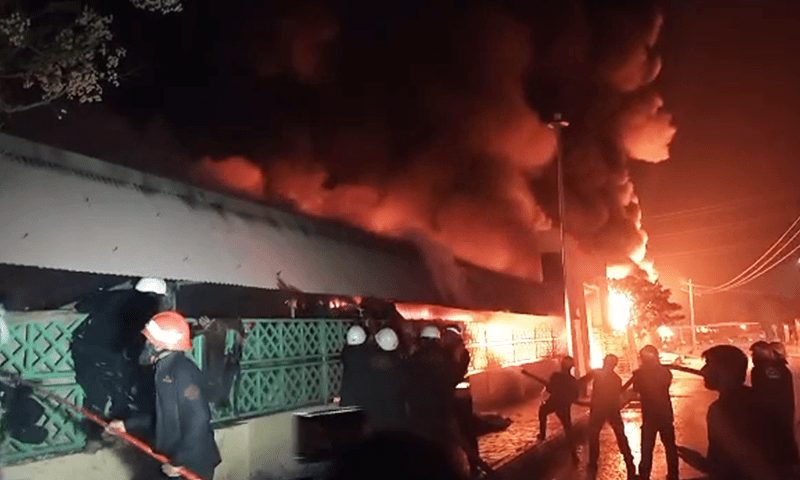 A fire broke out in a weekly market in Islamabad’s H-9 area on Wednesday, the city’s deputy commissioner (DC) confirmed.

Islamabad DC Irfan Nawaz Memon said the fire brigade and rescue teams were trying to control the fire while all administration officers were present at the scene, adding that he himself was supervising the rescue operation.

The DC said the market was being monitored from all sides, adding that measures were being taken to prevent the fire’s spread. He also said that the power supply in the area was shut down to prevent any loss of life.

He said the Pakistan Army’s rescue teams were also participating in the operation and that the fire would be brought under control very soon.

The Islamabad police also issued an updated traffic plan and requested the commuters to cooperate with rescue officials.

The police said that 10 fire tenders were engaged in trying to douse the flames.

Interior Minister Rana Sanaullah took notice of the incident and summoned a report from the district administration. “All resources should be used to extinguish the fire,” the interior minister said.