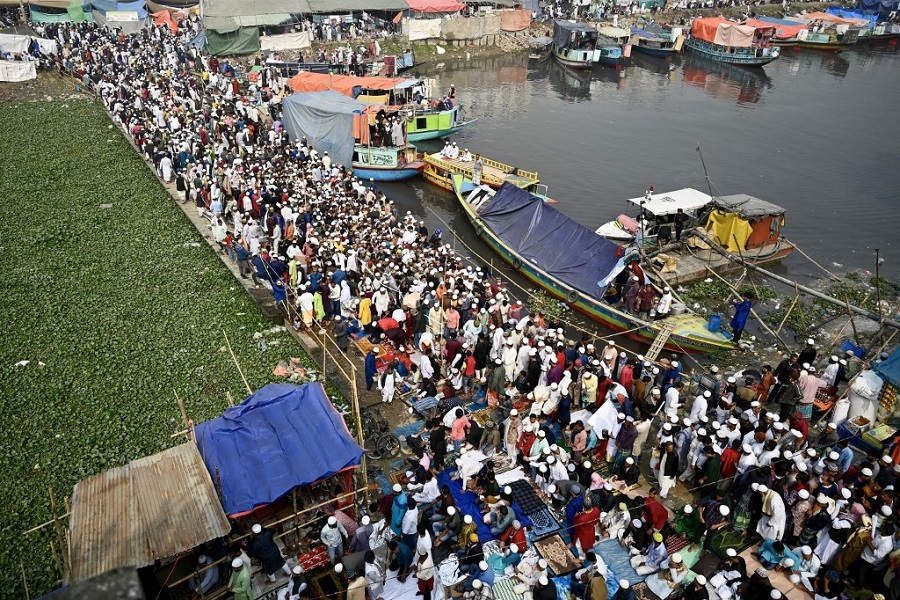 Thousands of people attended Akheri Munajat (final prayers) during ‘Biswa Ijtema’, an annual congregation of Muslims in Tongi, near Dhaka, on Januaray 13, 2023.

The Ijtema is a prayer meeting spread over three days, during which attending devotees perform daily prayers while listening to scholars reciting and explaining verses from the Quran.

India set to overtake China as world’s most populous nation