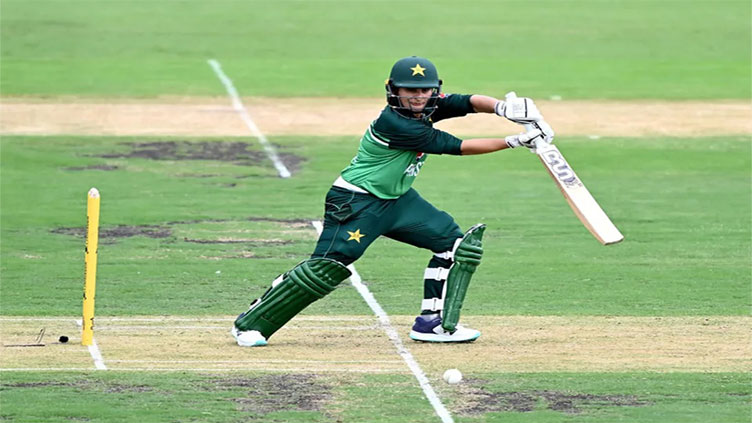 All-rounder Nida Dar has called for more opportunities for Pakistan’s players at international and domestic level to bridge the gap between them and the best in the world.

Pakistan are currently touring Australia with the margins of defeat being wide in the first two ODIs – eight wickets and ten wickets – although they are far from the only side to suffer that at the hands of the immense strength and depth of the home side. Last year they reached the semi-final of the Asia Cup where they lost by one run against Sri Lanka having beaten India in the group stage.

Dar, who previously played for Sydney Thunder during the 2019 WBBL, has top-scored in both games with 59 and 24 – being unluckily run out in the second game when a straight drive deflected off Kim Garth s fingers into the non-striker s stumps – after starting the tour with 4 for 46 against the Governor-General s XI.

“We need more matches to minimise the gap with the best teams,” Dar said in Sydney ahead of the final ODI. “We always wanted to play competitive [cricket] and we can only improve when we play a lot of matches against the best teams.

“Always wanted to play Australia and share the experience, learn from [them], but the thing is as a team we need more exposure and more matches against Australia. We definitely learn a lot and that s what we want.”

The women s game is on the verge of an era-defining moment with the launch of the WIPL in March. The TV rights were sold this week for a huge sum, which equated to close to a US $1 million per game and there is much interest in how the auction will play out with Australians expected to feature prominently.

However, Pakistan s players won t be able to feature in that competition given the current political situation between the two countries, which makes other opportunities around the world even more important to them.

Key to that is the launch of the Pakistan women s T20 league, which had been planned to run alongside the men s PSL but has now been pushed back under the new PCB management with the hope it can begin in its own window in September.

That would put it at around the same time as the WCPL, which began last season as a three-event and featured Pakistan seamer Fatima Sana, and after the Hundred in the UK, which has become one of the major global leagues. The WBBL continues to sit in an October-November timeslot. While Pakistan s league continues to take shape, Dar said it was vital more players were given chances overseas.

“Definitely it is very important for the players in Pakistan to play international leagues like Big Bash or Hundred to improve,” she said. “We have potential, we have had three players of the month for ICC [last year], but we need to show the skills while playing international leagues or series against the best teams.

“It s a very important time for the girls, especially in Pakistan, so we need more international matches, more international leagues, so they can grow up earlier so we can have competitive matches and series against the best teams. This is the time that we have to go to different leagues and watch what other players are doing. If we go into the leagues, we can bring that experience back to Pakistan.”

While in Australia, the Pakistan players are taking the opportunity to soak in as much information for the home side as possible, as they have done during previous meetings between the teams.

“Whenever we get a chance to meet them we always talk about cricket, talk about their routines, what they are practising,” Dar said. “They are very [helpful] and I know myself, they are very good at that. If you ask them, they will always tell you.”

The ODI series will be followed by three T20Is in Sydney, Hobart and Canberra, which provide preparation ahead of next month s T20 World Cup.