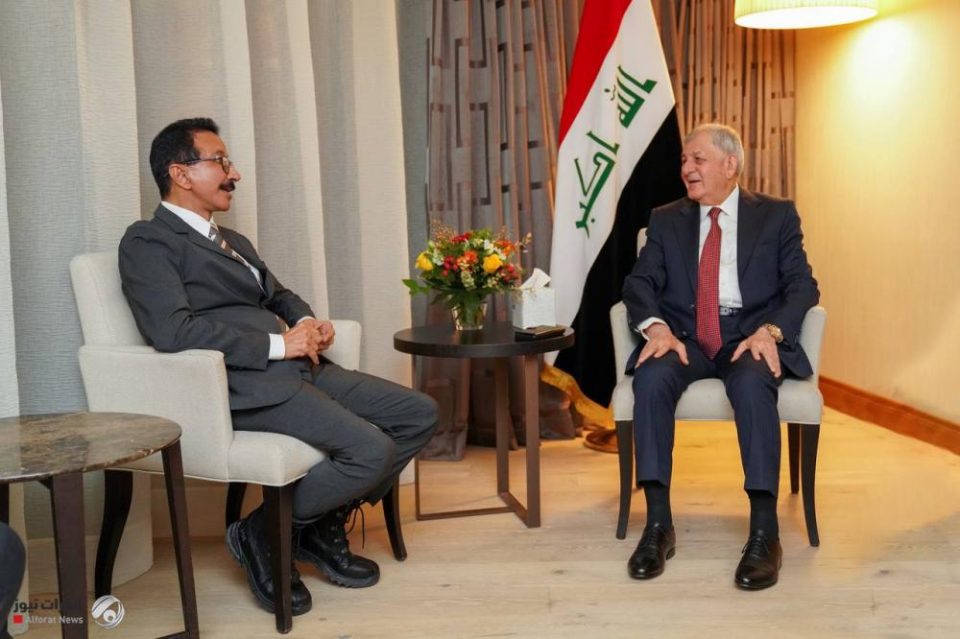 Ahmed bin Salman, the manager and CEO of Dubai International Ports Company, in a meeting with Iraqi President Abdul Latif Rashid on the subject of Davos Economic Forum in Switzerland, announced the company’s desire to establish large industrial cities in this country.

Abdul Latif Rashid in his residence in Davos, talked with Bin Salman about the setback that the infrastructure suffered during the war and conflicts of the past decades in Iraq, as well as the government’s will to provide better services to citizens, especially in growing security and economic stability.

The President of Iraq emphasized Iraq’s desire to promote cooperation with various companies for the development of investment and commercial work and the formation of strategic partnerships. He added: “There are many work fields and opportunities for investors who want to invest in Iraq”.

Hamad bin Salman also pointed to Iraq’s natural resources and the importance of this country’s strategic location as a vital path for transporting goods from Umm Qasr port, and expressed his desire to create large industrial areas in Iraq.

Qatar reaffirms support to Palestinian cause