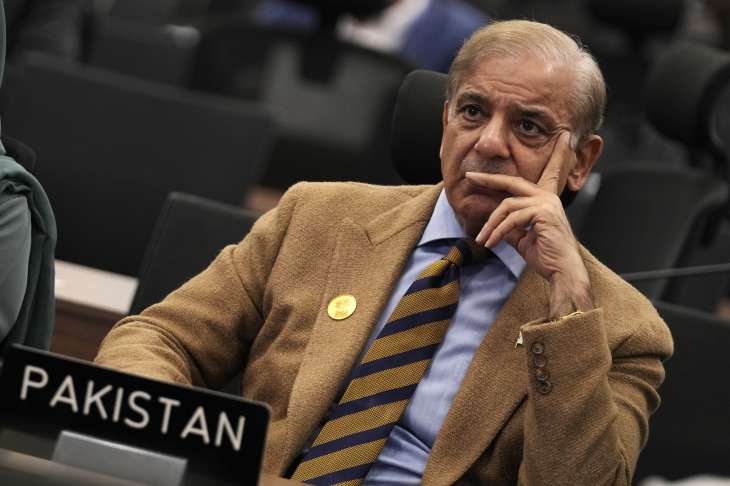 Pakistan has successfully conducted the International Conference on Climate Resilient Pakistan with the support of the UN in Geneva to garner international support for the rehabilitation of flood victims. The outcomes of the conference have had many positive impacts, which is a huge achievement for Pakistan.

First, the international community has announced an enormous amount of funds for Pakistan’s flood victims. The country highlighted the suffering of flood victims during the conference and presented its framework based on the 4R strategy – recover, resilience, rehabilitation and reconstruction. The prime minister of Pakistan highlighted that “nine million children are among those flood survivors who were desperately waiting for help.”

Pakistan has secured around $10 billion in funding through this conference. Islamic Development Bank has announced the support of $4.2 billion, Asian Development Bank $2 billion, the European Union 0.5 billion euros, USAID $100 million, Japan $77 million, Germany 84 million euros, France $345 million, Saudi Arabia $1 billion, Asian Infrastructure Investment Bank $1 billion and China $100 million. The aid will be spent to rehabilitate flood victims and recover some of the loss of $30 billion caused by the floods. The funding will be also utilized to acquire knowledge and technical support to make Pakistan climate-resilient in the future.

Second, the successful conduct of the conference is a huge diplomatic success for Pakistan. The participation of heads of state, diplomats, high-level official delegations, international donors, and media persons is a testimony that Pakistan successfully achieved its target of effectively communicating to the world the suffering of flood victims and the emergency steps required to rehabilitate the flood victims.

Norwegian Prime Minister Jonas Gahr expressed his support for Pakistan at the conference and said, “despite the help of Norway and other state’s immediate response, the needs remain enormous.” The funding announced proves that the international community has also felt the pain and realized the magnitude of the disaster faced by Pakistan in the form of the floods.

Third, the conference has helped sensitize the world to the fact that climate change is a real threat. It requires efforts at all levels to mitigate and adapt to climate change. Today, Pakistan has become a victim of climate change; next time, it could be any other country. Switzerland’s president also mentioned in his speech that his country stood shoulder-to-shoulder with Pakistan and that while Pakistan needed the world’s help at the moment, tomorrow it could be his country. Turkish President Tayyip Erdogan said that “the climate-resilient rebuilding of all regions at risk of injury will prevent new suffering.”

The conference has also reminded the world that Pakistan is at the top of the list of countries most affected by climate change despite having minimum carbon emissions. The UN secretary general during the conference called the recent floods in Pakistan “a climate disaster of monumental scale.” Moreover, this conference has also reiterated that developed nations are responsible for socio-economic losses caused by climate-led catastrophes being faced by Pakistan and other developing countries, which they need to compensate. It will further pave the path to convince nations to achieve the targets of the Paris agreement and take practical steps for its implementation.

Fourth, the funding received through this conference will also help stabilize the economy of Pakistan, which is in a deteriorating situation, so it can gain some strength. Recently, after paying back debt, the foreign reserves of Pakistan dwindled. So this funding will support the recovery of the economy as well. The optimistic environment to recover the economy will boost businesses and reduce inflation.

Fifth, the conference has proved to be a ray of hope for flood victims to normalize their lives. The flood victims, who are in dire need of food, medicines, and shelter in the harsh winter, will be helped on an immediate basis. They will be able to restart their lives and acquire economic opportunities to earn their living and support their families.

The conference is a great victory for Pakistan to gather international funding to rehabilitate the flood victims and apprised the world about the threats of climate change. Now, the government of Pakistan should implement the 4R framework in the best and most transparent manner to maintain the trust of the international community, which has stood with Pakistan in this difficult moment.

The writer is a graduate of University of Oxford in Public Policy.