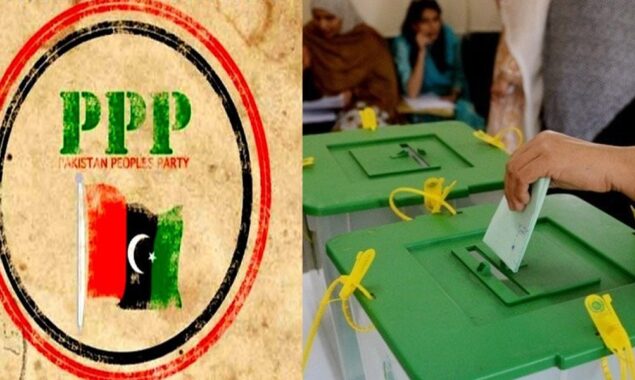 As expected, the PPP has dominated the Sindh local government elections in 13 out of 16 districts. It has won the elections in the district councils and union committees (UCs) of the Badin, Sujawal, Thatta, Jamshoro, Matiari, Tando Allahyar, Tando Mohammad Khan and Dadu districts.

The PPP has once again proved that it is still the most popular party in Sindh, and is not facing any serious political challenge from the opposition parties in rural Sindh and small cities.

It is true that the PPP enjoys massive support in its strongholds. It has also performed well in Karachi and won 93 out of 235 UCs, emerging as the largest party in Karachi Division. Even though it has failed to win a simple majority to elect its own mayor in Karachi, it has finished ahead of the JI and the PTI.

The JI also has performed exceptionally well and finished closely behind with 86 UCs. The PTI has finished third with 40 seats and the PML-N fourth with seven. The JI is in a position to elect its own mayor with the help of the PTI.

There are two scenarios: The JI can form an alliance with either the PTI or the PPP to form the government. At present, no party can elect its mayor in Karachi without forming an alliance with other parties.

The PPP has gained public support through launching multiple projects in Karachi: public transport projects, free healthcare facilities and other development initiatives. Many public parks in different areas of the city have been renovated and restored.

But this seems little compared to the huge problems of crumbling infrastructure and lack of basic services in Karachi. The city’s residents are facing a water and sanitation crisis, and are deprived of decent public schools and hospitals. Despite all these problems, the PPP has made some progress. It needs to do much more to improve infrastructure and service delivery in Karachi.

The MQM-P decided to boycott the local government elections in Karachi and Hyderabad divisions over the issue of delimitations. So, the second phase of the elections was held without the MQM-P’s participation – it seems that the party preferred not to test its popularity after the merger of its breakaway factions. And since it was not confident about winning the elections, it decided to boycott them.

At present, PTI and JI leaders in Karachi are trying to build the narrative that the PPP is not popular in Karachi, and the number of seats won by the PPP is the result of rigging and political engineering. But this is not the first time the PPP has emerged as the largest party in Karachi. It was the single largest party in the 1979 local government elections as well.

The PPP has its strongholds in Karachi: Malir, Lyari and Kemari. The JI has also won most seats from its strongholds. Both the PPP and the JI took advantage of the absence of the MQM-P. It would not have been possible for the two parties to win a big number of seats had the MQM-P contested the elections.

The election results are a timely wakeup call for the PTI, which was expecting to do much better. The PTI made the mistake of relying solely on the popularity of Imran Khan. The party’s over confidence after winning the recently held three by-elections is a main reason for this defeat. The PTI won 14 National Assembly and 23 Sindh Assembly seats from Karachi in the 2018 general elections. But it has failed to repeat that performance in the local government elections. This result clearly shows that the PTI should not take anything for granted.

The low turnout should be a matter of concern for all major parties. The turnout in six out of the seven districts of Karachi was less than 20 per cent. In Malir, the turnout was around 40 per cent. The MQM-P’s boycott was one of the reasons for this low turnout, which also indicates that a majority of voters have rejected all the contesting parties and lost trust in all the major parties.

The shockingly low turnout of young voters is alarming. Very few young voters turned up at polling stations. This is not a good sign for parliamentary democracy and the electoral process. All political parties should pay special attention to the issues faced by young people to win their trust and confidence. It seems that the PTI have lost the edge it had among young people.

The GDA – a party led by the former close aide of former president Asif Ali Zardari, Dr Zulfiqar Mirza – was expecting to perform better in the Badin and Matiari districts but it failed to pose a serious challenge to the PPP. It could manage to win just three out of the 68 UCs in Badin district.

The PTI has won only 14 UCs in eight districts; it has won 10 out of 14 UCs from Dadu and failed to open even an account in five districts including Thatha, Sujawal and Matiari. It is a humiliating defeat for the PTI which claims to be the most popular party in the country.

The party has performed well in the Hyderabad district and managed to win 39 UCs, dominating Latifabad and Paritabad towns of Hyderabad. But it is clear that the PTI has failed to organize the party at a grassroots level.

The PPP has also won a clear majority in the Hyderabad district with 94 UCs. It is now in the position to elect the mayor of Hyderabad for the first time.

The writer is a freelance journalist.