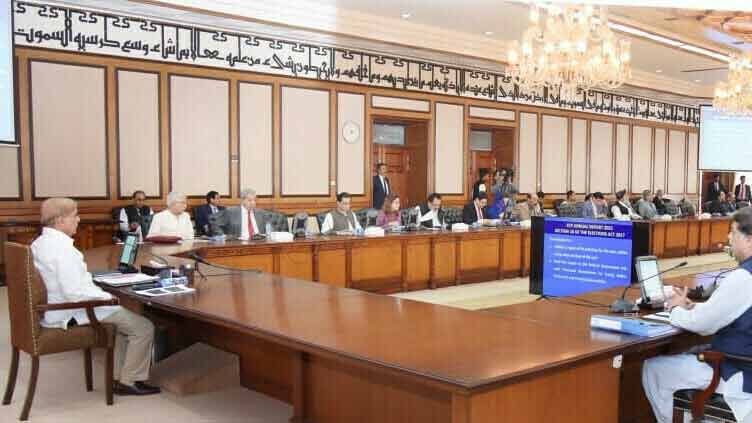 The federal cabinet on Tuesday allowed making the details and records of Toshakhana, a state repository that stores gifts received by public officeholders from other governments and foreign dignatries, public in a major shift in policy.

The decision was taken at a meeting chaired by Prime Minister Shehbaz Sharif and attended by federal ministers and advisers in the federal cabinet. The participants also reviewed the report of the intra-ministerial committee on the Toshakhana.

The Toshakhana department, which was established in 1978, and all the public officeholders, including parliamentarians and bureaucrats, are bound to report the gifts to the Cabinet Division. The department came under the spotlight when proceedings were initiated against former prime minister Imran Khan for “not sharing details” of Toshakhana gifts retained by him.

The Election Commission of Pakistan (ECP) also disqualified the PTI chief as member of the National Assembly in the Toshakhana case for not disclosing the gifts last year.

The cabinet’s decision comes nearly a week after the federal government told the Lahore High Court (LHC) that public disclosure of Toshakhana details could cause unnecessary media hype and could be potentially damaging for Pakistan s foreign relations.

However, the LHC remarked that it would hold off an order to make details of the Toshakhana gifts public until it would be satisfied that these gifts were kept secret. The LHC later postponed the hearing till Feb 7 and directed the government to submit an affidavit along with record of Toshakhana.

IMF agrees on talks with Pakistan for ninth tranche of loan