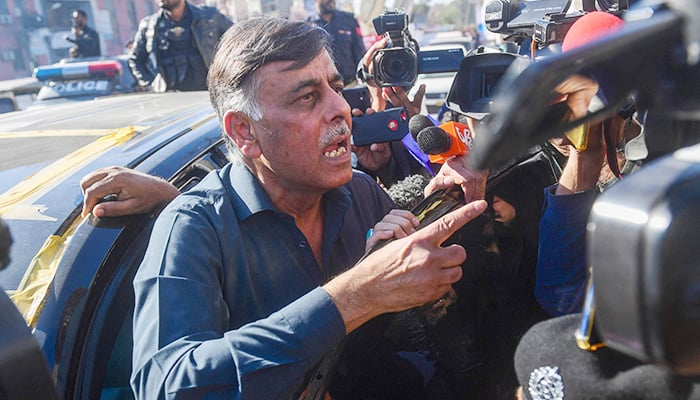 An anti-terrorism court in Karachi on Monday acquitted all accused, including former senior superintendent of police (SSP) Rao Anwar, from the murder of Naqeebullah Mehsud, five years after the youth was gunned down in the city’s outskirts.

The court stated that the prosecution has failed to prove its case against the accused.

Speaking to the media after the acquittal, Rao Anwar said a fake case was filed against him but thanks to the Almighty and judge the “false allegation” has been proven wrong.

Infact,  the acquittal of former SSP Rao Anwar and his 17 subordinates in the murder of Naqeebullah Mehsud and three others is a travesty.

It eviscerates the very concept of justice. What clearer manifestation can there be of the rot within our system than a controversial cop with connections in high places walking free, despite having boasted of his exploits as an ‘encounter specialist’? For many cynical observers, Monday’s verdict by an ATC in Karachi was a foregone conclusion.

After all, the hidden hands of the state had extended every facility to Rao Anwar when, after mounting public pressure, an arrest warrant was issued for him a few days after Naqeebullah’s murder.

After making an appearance at a court in Karachi, the police official went underground and managed to successfully ‘elude’ law enforcement across the country for the next several weeks. This, despite repeatedly contacting reporters on WhatsApp and, with the help of unknown individuals, making a failed attempt to flee abroad from Islamabad.

The case shows a range of injustices and discriminations, including the impunity law enforcement has for acts of violence, the manipulative labelling of an entire ethnic group as “terrorists,” as well as the privilege people in positions of authority enjoy. The acquittal will probably be challenged by Naqeebullah’s family, and again, the verdict can be well predicted.

It was the state’s duty to see that those charged with his murder received fair trials. The acquittals sparked public outrage since they were not entirely unexpected, given the lack of hope and expectation from a system that shies away from pursuing “its own,” and with witnesses in many cases easily backtracking.

As vital as it is to hold those responsible for Naqeebullah’s killing accountable, there must also be an honest accounting of how law enforcement has essentially taken the law into its own hands on far too many occasions, even after the verdict is announced. The case is ongoing unless some killers are found and punished.

Okara: One shot dead in clash over trivial issue in