Rohtas Fort: Where history can be re-witnessed 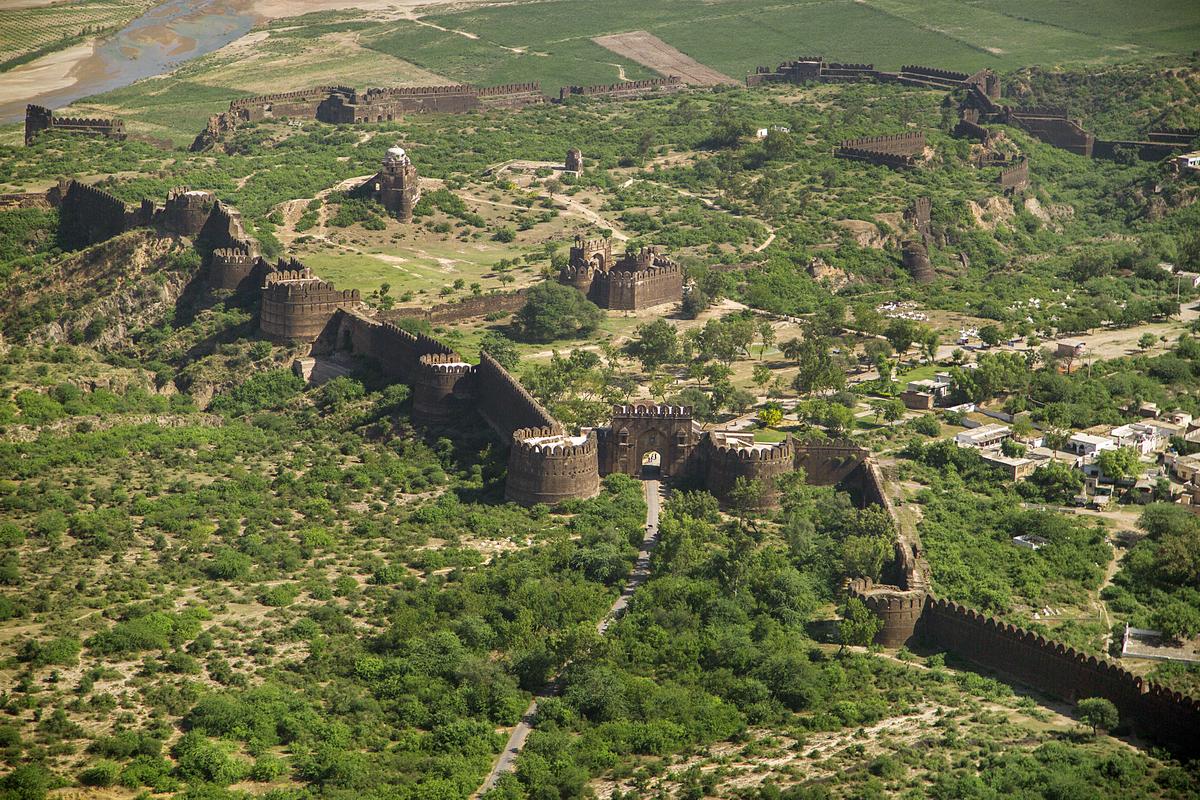 Rohtas Fort, or Qila Rohtas as the natives call it, is a garrison fort with great historical value. It is located in Pakistan’s most populated province, Punjab, on the GT road. 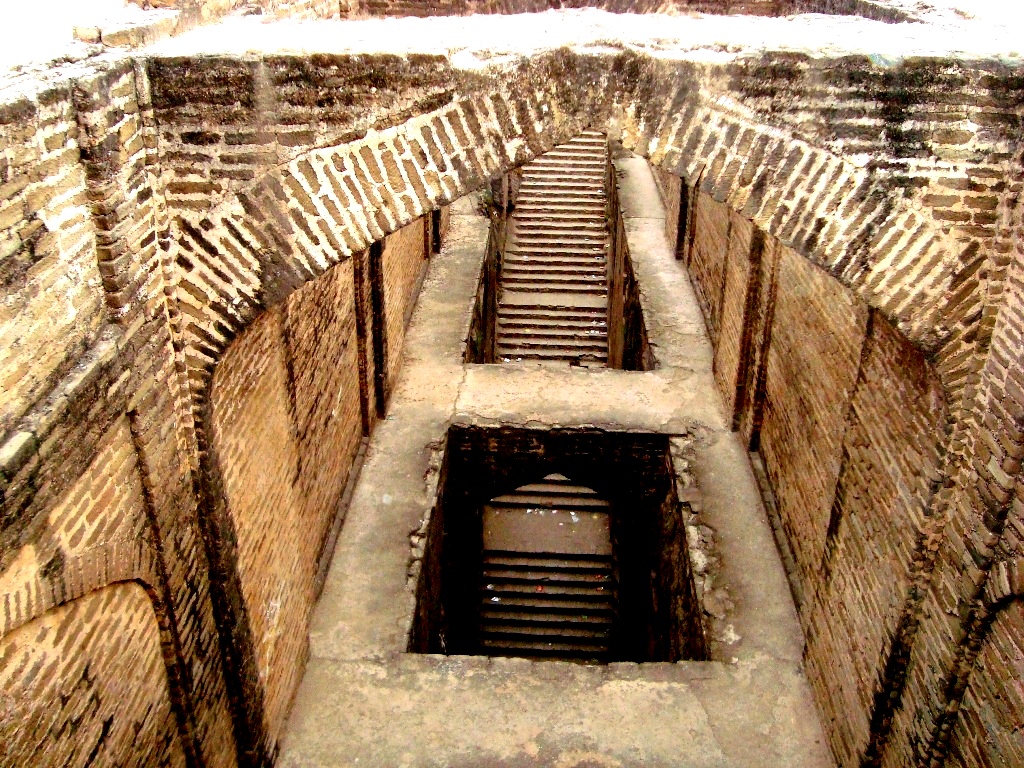 It is at a distance of approximately 8 km from the city Dina in district Jhelum. The Afghan king, Farid Khan, more commonly known as Sher Shah Suri, had Todar Mal build this fort in the 16th century. Farid Khan is the founder of the Suri Empire. The circumference of the fort is 4 km. Its construction took as many as 8 years for completion. Meanwhile, Sher Shah Suri died on 22 May 1545 during the siege of Kalinjar Fort due to a fire erupted in result of a gunpowder explosion in his store room. 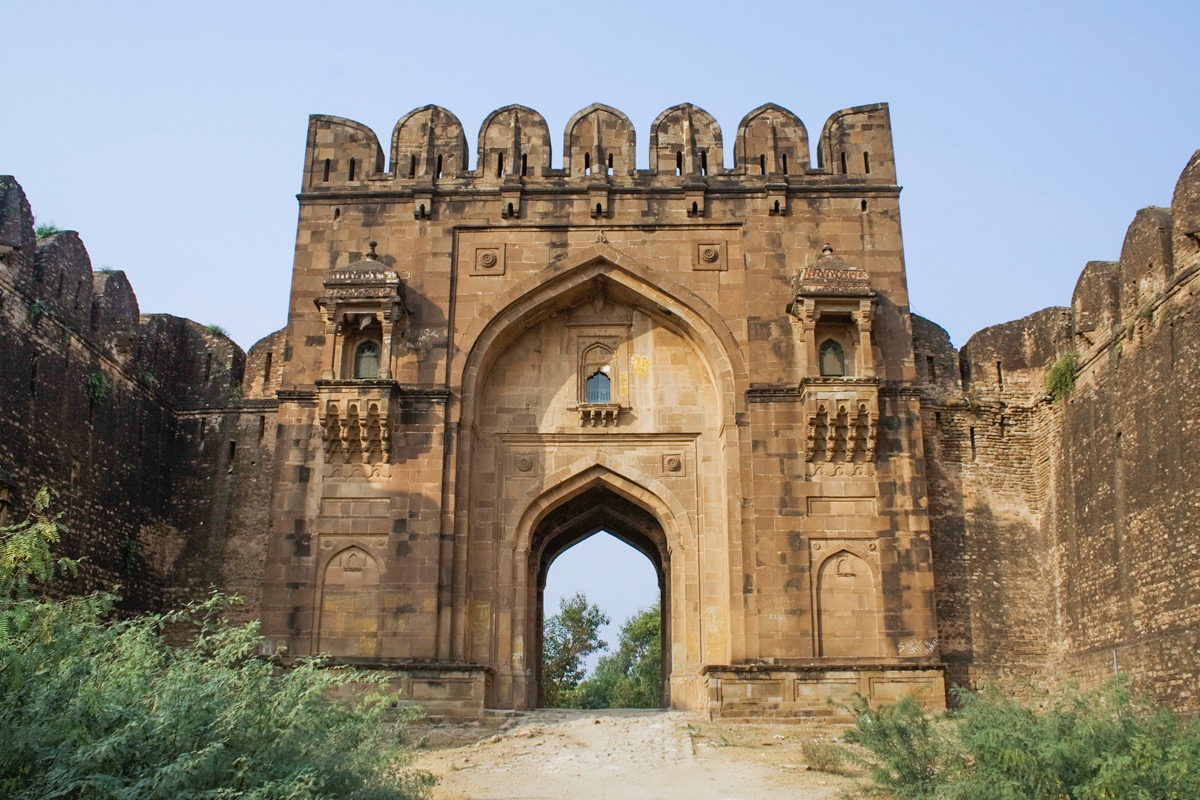 The fort with its distinct architectural style, massiveness and historical significance is enlisted as UNESCO World Heritage Site in 1997 A.D.

The Mughal Emperor, Humayun, had fled from India along with his family, when Sher Shah Suri took over the empire. However, Humayun still posed a threat to Suri. One of the reasons why Suri had the fort built was to suppress Potohar, the local tribes of the area. They were extremely loyal to Humayun. 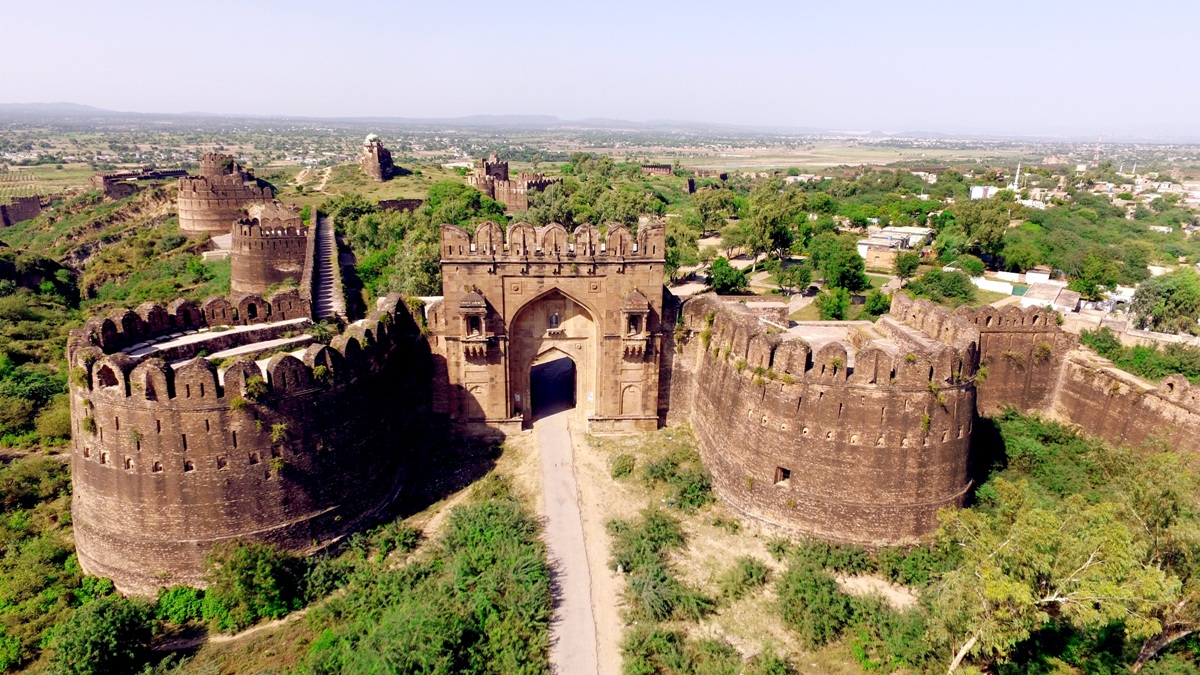 The Gakhars were not native of the region. They had helped Humayun and his family to escape from India after the battle of Kanauj. In order to reward them, Humayun aided Gakhars in occupying Potohar, which was owned by the local tribes. Even though these tribes were supporters of the Mughal Emperor Babur, they refused to swear allegiance to Humayun, because he had helped the Gakhars against them. They allied with Suri who ordered them to fight and crush the Gakhars and take over their lands. The Rohtas Fort was built for the purpose of crushing the Gakhars. 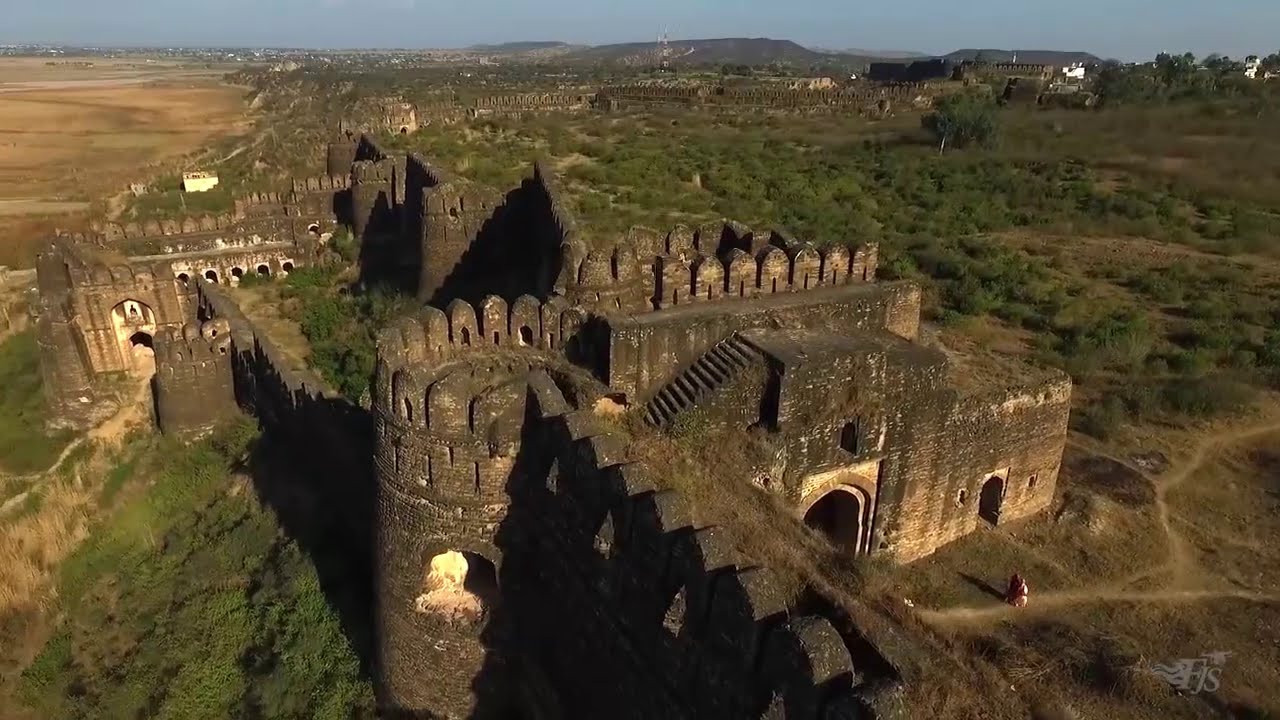 Ironically, the Afghans were eventually defeated and so, the fort came into the hands of the Gakhars. The Afghans lost the support from the locals of Northern Punjab consequently. Humayun captured the fort in 1555. Ranjit Singh, the Sikh ruler, captured the Qila Rohtas in 1825. He used the fort for administrative purposes.

Todar Mal Khatri started work on Rohtas fort in 1541. Gakhars refused to help with the construction and attacked the laborers during the construction phase. Because of the opposition by the Gakhars, the fort cost much more than it should have. 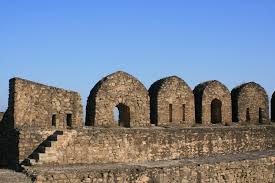 The gate is named after Saint Sohail Bokhari. It is a double gate. It is 70 ft high, 68 ft wide and 50 ft deep. The archway has an inner and outer arch, and is decorated with sunflower motifs. On either side of the archway, there is a balcony. The balconies each have a dome. 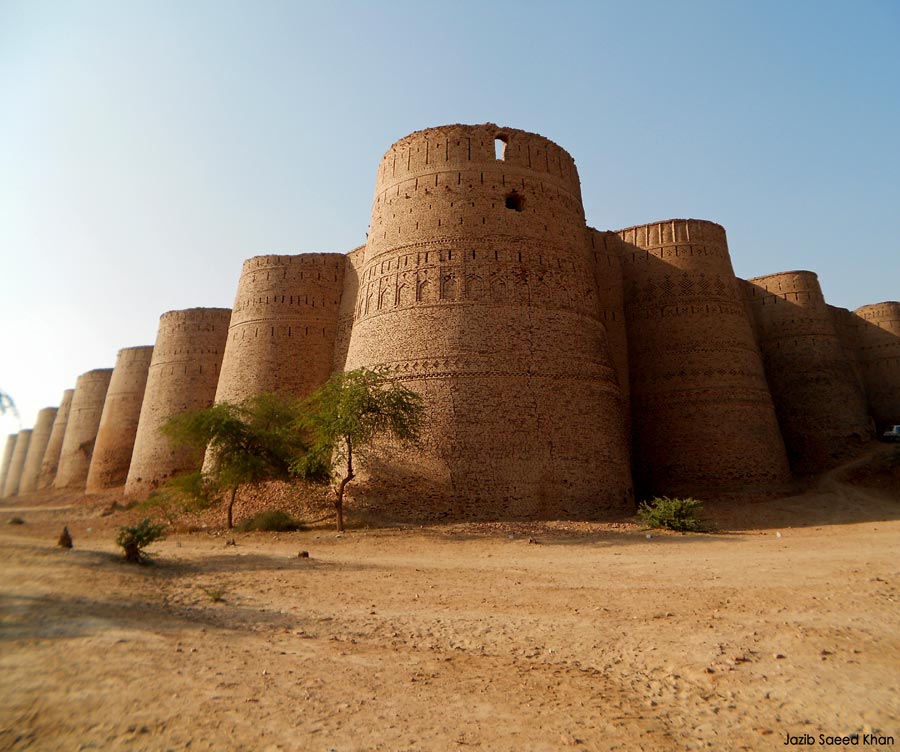 This gate connects the main fort to the citadel. The gate is named after Shah Chandwali, a saint who worked on the gate and refused his wages for his services.

This gate faces Kabul, hence its name. Kabuli gate is a double gate with two bastions on either side. To the South of this gate is the famous Shahi Mosque. 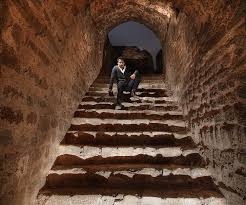 Beautiful, blue, glazed tiles decorate the outer arch of the gate, hence its name. A Persian inscription is on the side of the gate which gives the construction date of the fort.

This is another double gate which is 50 ft high and 11.5 ft wide. The outer side opens into the canteen, which is natively called the “Langar Khana”.

On either side of the gate are two bastions. This gate is 15 meter in height and 13.8 meter in width. 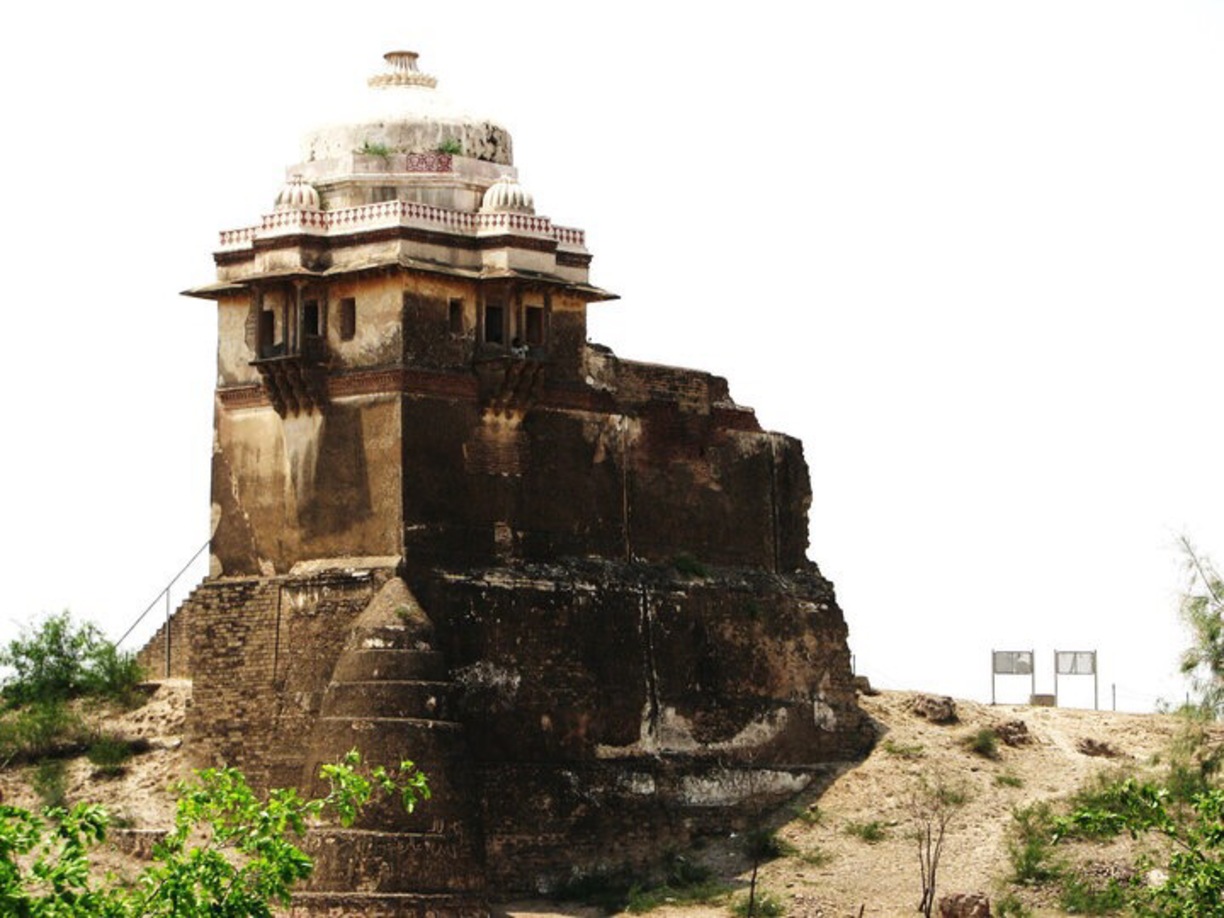 Suri’s greatest general, Khwas Khan, earned the honor of having the gate named after him. On each side of the gate is a defensive wall and bastion. The outer gate is 12.8 meter wide and 8 meter deep.

This is a single gate. The gate is so named because it faces the village Gatiyalian which as important place in crossing Jhelum River for Kashmir.

This gate faces Kashmir and opens due North. The gate opens into a chamber which leads into another one.

This is a 2 m wide small entrance to the Qila Rohtas.

This gate is called Sar because it means water. Next to the gate, there is a Baoli and a bastion. It is another small entrance into the fort. 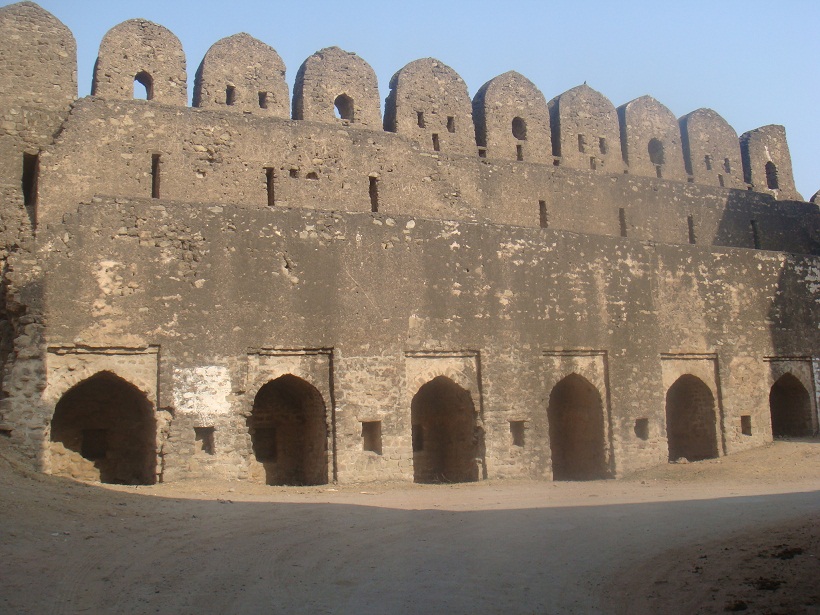 Rohtas Fort is an ideal location for tourists as it is located among wonderful and historic sites. The few of the amazing must-visit places around Rohtas are mentioned below;

The décor of the Qila Rohtas is very masculine. It pays attention to function not form because initially, the fort had no building that allowed permanent residence. Stone carvings can be found in the mosque and its gates. Mostly, these are flowers and Arabic engravings.

Caligraphic inscriptions also decorate parts of Rohtas Fort and most of them can be found in the Royal Mosque. The outer wall is inscribed with Kalima Tayyaba in beautiful calligraphy. Hundreds of Machicolations are built into the walls of the fort; each is adorned by intricate geometric patterns. These are actually drains that lead from inside walls to those outside.

The places inside the fort, that would hold particular interest for all those who are visiting Qila Rohtas, are listed below:

Visitor information can be gained from the Sohaili Gate. There is the Suri Park nearby which you can also visit to have some rest or a picnic. In the vicinity of the Rohtas Fort, there are a number of restaurants that you may find interesting.

Does Usman Buzdar need training even after six months in office?