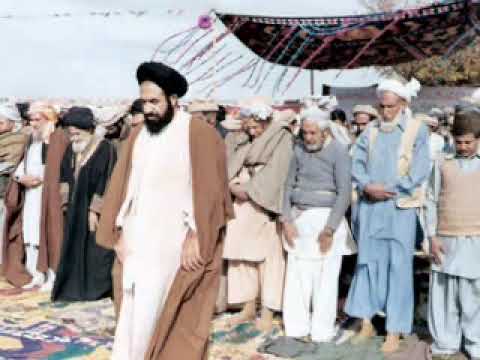 Shafaqna Pakistan: Allama Syed Arif Hussain al Hussaini was the great Shia Islamic scholar who introduced many new trends in his motherland Pakistan that, by and large, influenced the entire society immensely.

Prior to his dashing entry into political arena, Jamaat-e-Islami, Jamiat Ulema Islam and Jamiat Ulema Pakistan had been active in the country’s politics.

However, those Sunni Bralevi and Deobandi parties had lacked broader Islamic vision as compared to some Shia scholars. Since the lacked political acuity and insight, the JUI and JUP leaders failed to defeat US nefarious agenda.

Instead, they fell to the trap laid by the darling of the US-led West, General Ziaul Haq who dislodged democratically elected government of Prime Minister Zulfikar Ali Bhutto-led Pakistan Peoples Party.

Although Bhutto himself was a demagogue like the JUI and JUP leaders, yet he, somehow, put Pakistan on the track of balanced foreign policy. The game against then-USSR was ready and Bhutto was misfit for that.

Like other opposition parties, religious parties too joined hands to form Pakistan National Alliance. They took to streets and jammed the country.

Their protest movement finally paved way for Ziaul Haq to lead a military coup 0n July 5, 1979 and ousted Bhutto as Prime Minister. Unfortunately, those portraying them as political Islamists such as JI, JUI and JUP were used under that US plan through Zia. Finally, he got Bhutto hanged which some historians call judicial murder.

Again, Zia bogged down Pakistan into the quagmire of so-called Afghan war against Communism led by then-USSR. The military dictator perpetuated his martial law regime by suspending Constitution He denied fundamental rights to peaceful political opponents too.

Then PPP that turned into the party of Opposition too was marginalized and so did others. Nobody dared to challenge him by mobilizing men-in-streets.

Substantially, Pakistan lacked opposition on roads. Many chose to flee Pakistan to avoid lashing. No voice of dissent was tolerated.

Under those circumstances, Shia Muslims rallied under the leadership and guidance of political Islamists. The pious scholar Mufti Jafar Hussain emerged as their source of inspiration. And they challenged Zia regime.

Shia Muslims broke the silence to call a spade a spade. They staged a sit-in outside Parliament House in federal capital Islamabad and said no to Zia regime’s Zakat policy

Factually speaking, they had challenged the legitimacy of Zia regime. Lastly, the regime conceded and accepted their legitimate demand that they would act upon their interpretation of Islam on issues such as Zakat.

That Shia Islamic movement gave birth to Tehreek Nifaz Fiqh Jafaria Pakistan. And from that struggle and platform, the dynamic scholar Allama Arif Hussaini came to be known across Pakistan.

Allama Hussaini succeeded Mufti Jafar Hussain and then unconstitutional regime of martial law dictator felt the heat. The political narrative all over the country changed outright. And at the peak of US-Zia marriage of convenience, Pakistan began reverberating with the slogan Down with USA.

In spite of the US-led West’s recruitment of JI and JUI’s men for so-called Afghan jihad through Saudi and Zia regimes, US became villain in Pakistan.

Under Allama Hussaini’s leadership Shia Muslims political acuity, insight, maturity and narrative influenced the entire society. And Zia regime had to share power with civilians although with his control through 8thConstitutional amendment.

Surprisingly, people overstate the role of so-called Movement for Restoration of Democracy that itself came into being after Shia Muslims’ activism.  That credit for restoration of constitutional rights, fundamental human rights goes to Allama Hussaini and his supporters who were more active than any other political grouping.

Hence, Zia had not eliminated the main opposition party leader Benazir Bhutto and put them behind the bar only. But, he feared the ideology of Allama Arif Hussain that awakened the masses for their legitimate rights under true Islamic identity. Due to that reason, Allama Arif Hussain was assassinated on August 5, 1988. 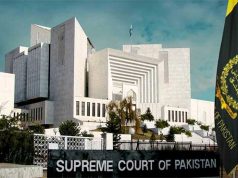 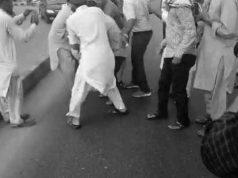 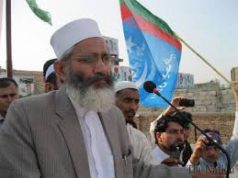 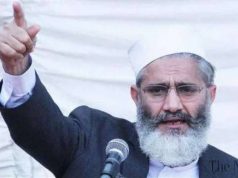 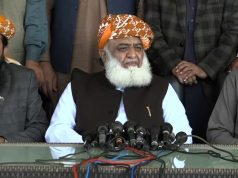 Govt won’t be able to complete its term: Fazlur Rehman 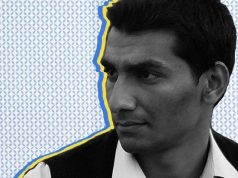