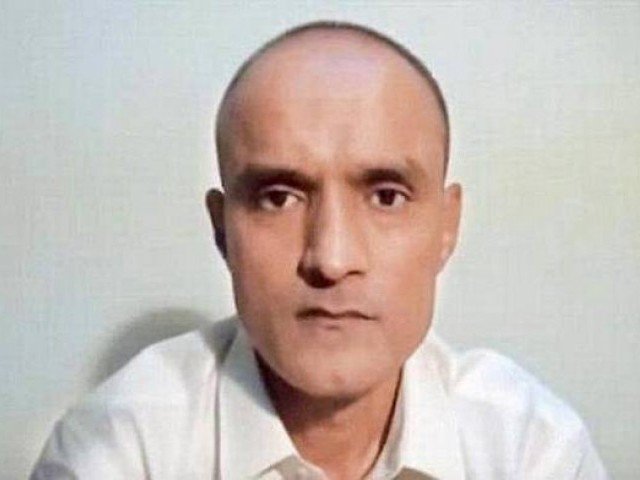 Shafaqna Pakistan:An Indian official’s scheduled meeting with convicted spy Kulbhushan Jadhav on Friday after Pakistan officially allowed him consular access in line with the International Court of Justice’s (ICJ) verdict could not take place after New Delhi came up with certain conditions in response to Islamabad’s offer.

According to sources, the meeting was supposed to be held at 3pm. However, Indian media has reported that New Delhi has Islamabad to provide “unimpeded” consular access to Jadhav in an environment free from the “fear of intimidation”. Now, they added, India was awaiting a response from Pakistan to its conditions.

Indian news outlets have reported that New Delhi, in its communication to Pakistan on Thursday, “virtually turned down” Islamabad’s offer of providing consular access to the convicted spy.
After Pakistan’s proposal, Indian External Affairs Ministry spokesperson Raveesh Kumar was reported as saying that New Delhi was examining Islamabad’s offer. The spokesperson had declined to confirm the time and date of the meeting.

On Thursday, Pakistan officially offered consular access to Jadhav. “We have offered the Indian High Commission to avail consular access on Friday [today]. The reply from the Indian side is awaited,” Foreign Office spokesperson Dr Muhammad Faisal said at a weekly news briefing.

The ICJ in its verdict disappointed India as it neither annulled Jadhav’s conviction nor referred his matter for retrial.

The ICJ directed Pakistan to take all measures to provide for effective review and reconsideration, including, if necessary, by enacting “appropriate legislation”.

The court believed that the obligation to provide effective review and reconsideration could be carried out in various ways and the choice of means was left to Pakistan.

Jadhav, a serving commander in Indian Navy working for India’s Research and Analysis Wing (RAW), was arrested on March 3, 2016, from Balochistan. In his subsequent trial at a military court, Kulbhushan Jadhav confessed to his involvement in hatching terror plots against Pakistan.

Army chief General Qamar Javed Bajwa on April 10, 2017, endorsed his death penalty. In June 2017, the Indian spy filed a mercy petition against his death penalty while India approached the ICJ against the conviction.