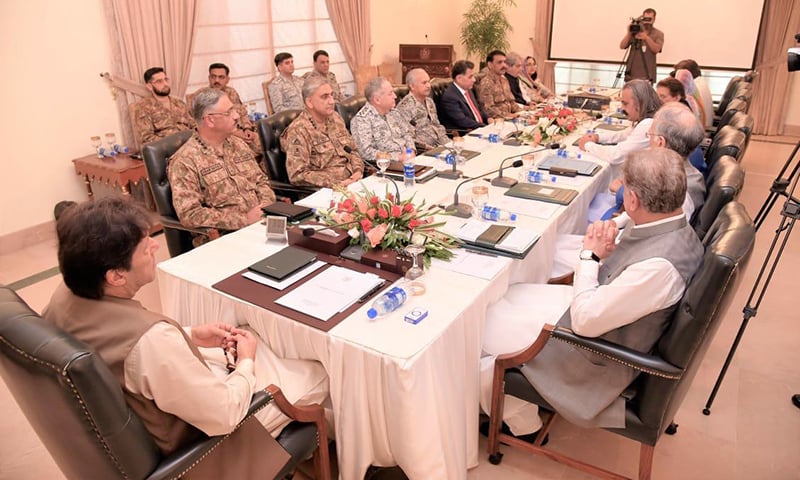 Shafaqna Pakistan:The civil and military leadership, during a National Security Committee (NSC) meeting on Sunday, vowed to respond to any “misadventure or aggression” by the Indian forces against Pakistan, a press release by the Prime Minister’s Office said.

The meeting was summoned by Prime Minister Imran Khan in the wake of the Indian army’s use of cluster ammunition to target the civilian population in Azad Jammu and Kashmir (AJK) across the Line of Control (LoC) in violation of the Geneva Convention and international law.

The participants condemned Indian army’s “destabilising efforts” in AJK and occupied Kashmir at a time when “Pakistan and the international community were focused on resolving the Afghan conflict”. They also noted that aggression by the Indian forces will “increase the level of violence and turn [the region] into a flash point and a destabilising factor”.

“The more India is exposed internally and internationally in its machinations, the more there are chances that it may resort to desperate and risky options including false flag operations,” the statement read.

In a major escalation in the ceasefire violations, India has begun using cluster munitions on civilian population living close to the LoC. The use of cluster bombs on the Neelum Valley over the past few days has caused multiple fatalities and injuries to several others, including minor children.

Over the past few years, besides a spike in terms of intensity of ceasefire breaches, India has also resorted to calibre escalation and air space violations along LoC. The use of cluster bomb is therefore a step further towards escalation in the situation along LoC.

In a series of tweets on Sunday, Special Assistant to the Prime Minister on Information Dr Firdous Ashiq Awan said that the political leadership of Pakistan needs to come on the same page and expose the “state terrorism by India in Indian-occupied Kashmir (IoK)” and the situation at the LoC.

She said that this was not the time for politics, rather it was the time to stand up for the nation’s welfare and for Kashmiris’ right to self-determination, adding that the country’s leadership should send a message of unity and solidarity.

In a statement shared by the PML-N on Twitter on Sunday, Leader of the Opposition in the National Assembly Shehbaz Sharif condemned the deaths of the Kashmiris.

He called on United Nations Secretary General António Guterres to take immediate notice of the situation and to play his role in stopping the “murder of innocent civilians in Kashmir”. Additionally, he called on the UN Security Council and the rest of the world to take notice of Indian brutality in occupied Kashmir.

According to Azad Jammu and Kashmir’s State Disaster Management Authority (SDMA), the number of casualties increased to four on Saturday as another civilian fell victim to the shelling, whereas one of those wounded on Tuesday succumbed to injuries at a hospital. The SDMA has put the number of wounded in shelling incidents at 40.

Outraged over the firing of cluster munitions on civilian populated areas of Azad Kashmir, Pakistan on Saturday called for world attention to the disregard of the widely accepted international ban on the weapons by India and massive human rights abuses being committed by Indian forces inside occupied Kashmir.

The Inter-Services Public Relations (ISPR) confirmed that on the night of July 30 and 31, Indian army targeted civilian population in the Neelum Valley through artillery using cluster ammunition, which led to martyrdom of two civilians, including a four-year old boy, and injuries to 11 others. ISPR, the media wing of the army, also released pictures of scattered munitions as well as those of the victims.

“This is [a] violation of Geneva Convention and international humanitarian law,” the military’s media wing said, adding that the use of cluster ammunition is prohibited under the Convention on Cluster Ammunition because of its severe impact on non-combatants.

The NSC meeting came in the backdrop of Indian accusations of a cross-LoC incursion and resultant casualties. The Indian army had claimed it had “successfully foiled” a ‘border action team’ (BAT) operation by the Pakistan Army in the Keran sector of Jammu and Kashmir — a claim rejected by both ISPR and the Foreign Office (FO). 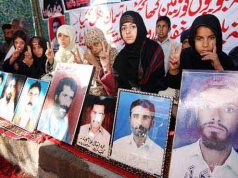