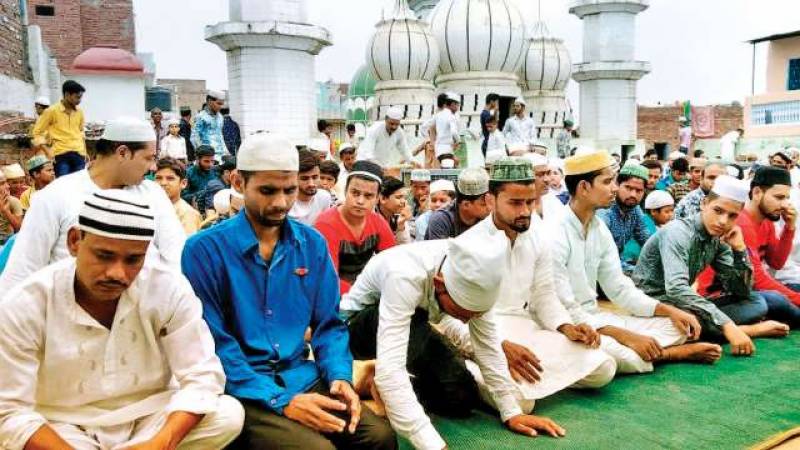 Shafaqna Pakistan:Indian Muslims have been barred by administration from offering Friday prayers on streets, Indian media has reported.

The Bu Ali Shah mosque on Friday was packed with hundreds of devotees, waiting to offer the regular Friday namaz. Just one difference though: Unlike every week where they offered namaz on the streets, people thronged in large numbers to occupy the praying area at the ground floor, first floor and even the terrace and roofs.

The development comes after District Magistrate Chandra Bhushan issued instructions against offering namaz on the streets. The decision came after some Hindutva groups planned the recitation of Hanuman Chalisa to protest the offering of namaz on roads.

On Friday, the police officials were deployed outside the mosque to ensure that people do not pray on the roads. In addition to this, magistrates were stationed all over the city.

The muftis of the mosque also appealed to the devotees to cooperate with the administration.