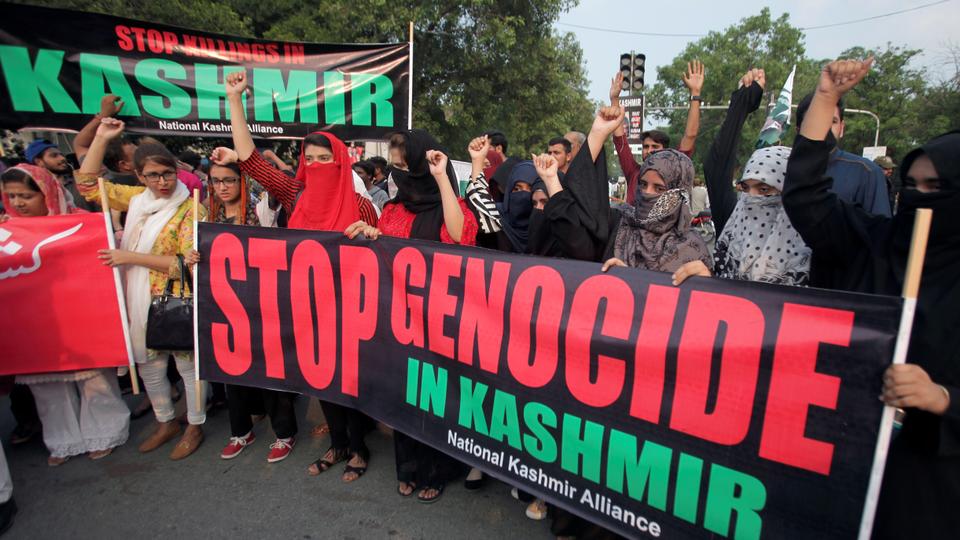 Pakistan’s Foreign Minister Shah Mahmood Qureshi asked the UN “to immediately take note of the serious situation and urge India to halt any actions that could bring about a material change in the situation on the ground, in violation of UNSC resolutions on Jammu and Kashmir.”

In a letter addressed to the UN Secretary-General Antonio Guterres, he said Pakistan opposes any steps by India that alters the demographic structure of the disputed region which could materially affect the plebiscite arrangements to be held under the UN auspices.

On Monday, India’s right-wing government of Bharatiya Janata Party (BJP) rushed a decree through Parliament revoking the constitutional status of disputed Kashmir signed under the temporary 1947 treaty of accession.

India’s imposition of an unprecedented communications blackout and deployment of thousands of troops in India-administered Kashmir hours before stripping the region of a special agreement in place for decades was sharply criticised by global rights groups.

The change withdraws arrangements, including a provision that prevents outsiders buying property there. It also means that college places and regional government jobs may no longer be reserved for permanent residents of Kashmir.

Most of Kashmiris say India will effect a demographic change reducing them to a minority in Muslim-majority region.

Drawing the UN’s attention towards fresh deployment of 10,000 Indian troops to Kashmir, Pakistani FM Mehmood said, “the Indian occupied Kashmir is already the most militarised zone in the world, with over 700,000 troops deployed for several decades.”

Turkish foreign ministry said in a statement that India’s move on Kashmir is likely to increase the prevailing tension in Kashmir and that the dispute there should be resolved within the framework of the relevant UN resolutions.

Turkey is ready to contribute to efforts to reduce the tension in the region if the parties agree, the statement said.

US calls for respecting rights

The United States on Monday urged respect for rights and called for the maintenance of peace along the de facto border in Kashmir.

“We are concerned about reports of detentions and urge respect for individual rights and discussion with those in affected communities,” State Department spokeswoman Morgan Ortagus said in a statement.

Just ahead of the Indian announcement, senior former and current Kashmiri political leaders said that they had been put under house arrest.

“We call on all parties to maintain peace and stability along the Line of Control” that divides the Pakistani and Indian sectors of the disputed territory, Ortagus said.

While Pakistan has often sought third-party mediation in the decades-old disagreement which has cost tens of thousands of lives, the idea is anathema to India, which has always insisted the issue can only be resolved bilaterally.