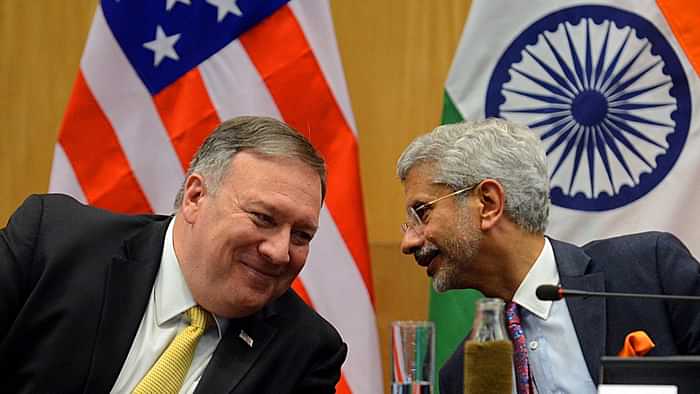 Shafaqna Pakistan:External Affairs Minister S. Jaishankar had briefed his American counterpart, US Secretary of State Mike Pompeo, about the Modi government’s intentions to abrogate Article 370 and Article 35A for Jammu and Kashmir, multiple sources have told ThePrint.

This, however, was not the first time that the US was briefed on this issue. In February, two days after the Pulwama attack, National Security Advisor Ajit Doval had phoned his American counterpart John Bolton and told him about the Modi government’s plans to do away with the ‘special status’ for Jammu and Kashmir, sources told ThePrint.

The sources, however, said the decision to bifurcate the state came much later.

Jaishankar’s meeting with Pompeo came on the sidelines of the ninth East Asia Summit Foreign Ministers’ Meeting in Bangkok on 1 August. At their meeting, Jaishankar had also reiterated to Pompeo that the US does not need to mediate in the Kashmir dispute and that any discussion on this issue, “if at all warranted”, will only be with Pakistan unilaterally.

The Modi government did not want to take a chance when it came to the US, and so all necessary safeguards were taken to apprise the Trump administration of the move, sources added.

Sources further said that the Ministry of External Affairs (MEA) Monday briefed envoys of the P-5 nations: The US, the UK, China, France and Russia. It has also briefed envoys of all 15 members of the United Nations Security Council (UNSC).

During its briefing to the envoys, the MEA said the proposals that are currently under consideration of the Parliament of India are internal to India.

“These are aimed at providing good governance, promoting social justice and ensuring economic development in Jammu and Kashmir,” stated a source.

“There has been no international reaction yet on this issue, which shows that India had done its calculations well in advance. And the US being an important and crucial member of the P-5, it is imperative to see how it reacts,” veteran diplomat K.C. Singh told ThePrint. “If it ignores the move, then perfect. If it does not, then India should be worried.”

Following the J&K decision, Prime Minister Narendra Modi and President Trump, who has offered to mediate on the issue, will come face to face during the G-7 Summit, scheduled to take place on 24-26 August at Biarritz, France.

Modi is also set to hold a bilateral meeting with Trump in September when both leaders will be in the US for the UN General Assembly.

Last month, MEA spokesperson Raveesh Kumar had said that it was time to “move on” from Trump’s controversial statement on US’ interest in mediating the Kashmir dispute between India and Pakistan.

Trump, however, did it again. Last week, during a media briefing in Washington, the US president reiterated his offer to mediate on the issue.