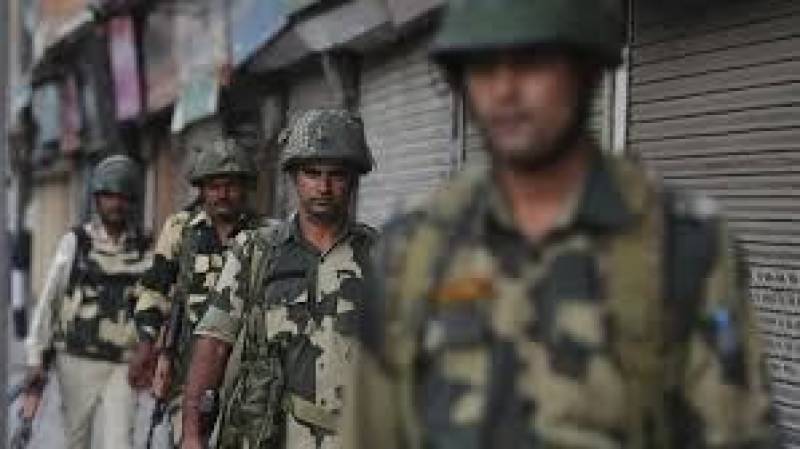 India is in a state of visible panic over President Trump’s reiteration for mediating over Kashmir dispute. Fresh deployment of 38000 paramilitary troops, use of cluster munition across the Line of Control and sudden cancellation of Amaranth Yatra coupled with a spate of government orders taking stock of the food and other essential items in Kashmir has created a massive fear psychosis. Some extraordinary thing may be in the offing.

Locals fear that government may be planning to either set aside a constitutional provision, Article 35A, or make a related announcement that would strip Kashmir of its special rights. However, at the same time, one cannot rule out the possibility of India executing a false flag operation resulting into mass casualties of yatris and tourists, and blaming Pakistan for it. India has a notorious track record of such false flag operations.

Associated press has reported that “government order in Indian-administered Kashmir on Friday [August 02] asked tourists and Hindu pilgrims visiting a Himalayan cave shrine “to curtail their stay”, citing security concerns and intensifying tensions following India’s announcement it was sending more troops to the region”. Kashmir’s home secretary said in the order that the pilgrims and tourists should “curtail their stay in the (Kashmir) valley immediately and take necessary measures to return as soon as possible.” The order cited “prevailing security situation” and the “latest intelligence inputs of terror threats with specific targeting” of the annual Hindu pilgrimage as reasons for the advisory. The Great Exodus is in the making.

The reports of a further surge in troop deployment has met with criticism in India . Former IoK chief minister Mehbooba Mufti noted that such moves will lead to the creation of panic and distress in the valley. There is “Complete chaos on the streets of Srinagar. People rushing to ATMs, petrol pumps and stocking up on essential supplies. Is GOI [government of India] only concerned about the safety of yatris while Kashmiris have been left to their own devices?” she tweeted. Rumour has it that she has been placed under house arrest. Another former chief minister Omar Abdullah said: “Although this unprecedented order would seem to suggest a genuine fear of a massive terror strike directed at Amarnath ji yatris or/and tourists this will do nothing to dampen the sense of fear & foreboding that prevails in the valley at the moment.”

Much to the dismay of Modi, the US President Donald Trump has reiterated his offer to mediate between Pakistan and India on Kashmir. India is averse to the idea of mediation. Trump also said he reckons the prime ministers of Pakistan and India “are fantastic people” and “could get along very well”. Hyperventilating Indian television anchors had gone into ultra-nationalistic fury when Trump revealed that Prime Minister Narendra Modi had requested him to play mediator over Kashmir. Trump made the disclosure during a meeting with Imran Khan on July 23 that he would be glad to play mediator between Pakistan and India on Kashmir. While Islamabad had welcomed the US president’s offer, New Delhi was quick to flatly repudiate Trump’s disclosure. Modi has since been keeping a mum despite calls from the opposition for a clarification or denial.

Analysts opine that Modi is silent because he did convey this to Trump. He is troubled by the Kashmir freedom struggle that is now taking a toll on the Indian economy. While India was in a state of denial, Trump’s chief economic adviser on July 24 rejected the suggestion that the US president had “made up” the claim. “The president does not make anything up,” Larry Kudlow told a reporter at a White House briefing. And when the debate on Trump’s disclosure started to die down in India , President Trump reiterated his Kashmir mediation offer on August 01 that he would intervene if the leadership of the two countries “required him to do so”. “If negotiated – a peace deal between India and Pakistan would be a great diplomatic achievement for President Trump, making him closer to Nobel Peace Prize.

A big diplomatic success for Pakistan at the International front over Kashmir issue
However, India has again repulsed the idea of mediation on Kashmir. Indian Foreign Secretary said India has conveyed its stance to US Secretary of State Mike Pompeo. “[I] have conveyed to American counterpart @SecPompeo this morning in clear terms that any discussion on Kashmir, if at all warranted, will only be with Pakistan and only bilaterally,” he wrote on Twitter. “Trump’s offer only adds more pressure on India to resolve the Kashmir Issue,” the diplomat added.

President Trump’s mediation offer is diplomatic setback for New Delhi. Trump’s statement is jolt for India . It is a huge plus for Pakistan; and now India is compelled to negotiate. Analysts believe Modi’s India would not respond positively to Trump’s offer primarily because of the conservative politics at home and the opposition’s attitude in India . Situation in IoK is beyond Modi’s control; and he does not want to be seen to negotiate from a position of weakness. Kashmir solution is now, somehow, linked to Pakistan’s ability to help the US negotiate a peaceful exit from Afghanistan. China and Turkey have also expressed their support to Pakistan’s stance on Kashmir. Now, if Pakistan wins over Russia, it would result in UNSC consensus as France and the UK would ultimately tow American line. Hence, chances of a multilateral negotiation mechanism under P-5 umbrella would brighten.

Time is running out for India in the context of Kashmir issue, and in desperation, it could go to any length to regain the handle. Pakistan must enhance its diplomatic effort to create compatible neutralizing pressure on India .