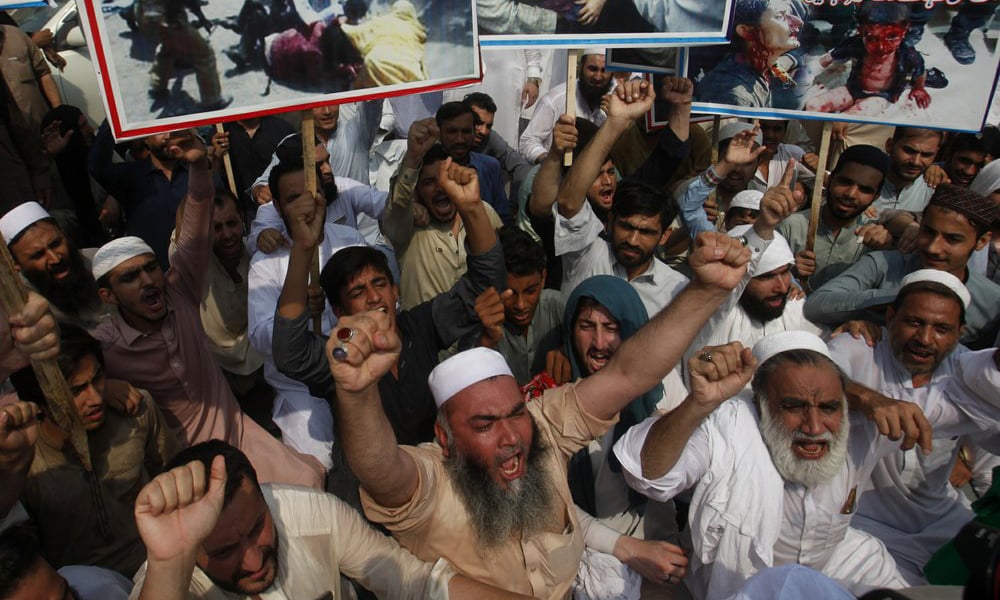 Shafaqna Pakistan:The Indian government’s revocation of the autonomy and special status of Jammu and Kashmir “violates the rights of representation and participation guaranteed to the people” under the Indian constitution and in international law, and “is a blow to the rule of law and human rights in the state and in India”, the International Commission of Jurists (ICJ) said in a statement.

Indian parliament this week approved a proposal by the Hindu nationalist-led government that strips statehood from Jammu and Kashmir, splitting the region into two union territories.

The legislation was introduced alongside a presidential order that takes from the region and its people some political autonomy and hereditary rights by revoking Article 370 of India’s Constitution.

The changes will also lift a ban on property purchases by nonresidents of Kashmir, opening the way for Indians outside the territory to invest and settle there. The local Muslim population has long feared such measures would change Kashmir’s demography, culture and way of life.

An indefinite security lockdown has kept most of the region’s 7 million people in their homes and in the dark about the changes. Critics have already likened Kashmir’s proposed new arrangement to the West Bank or Tibet, with settlers — armed or civilian — living in guarded compounds among disenfranchised locals.

“The Indian government has pushed through these changes in contravention of domestic and international standards […] accompanied by draconian new restrictions on freedoms of expression, assembly, and travel, and with an influx of thousands of unaccountable security personnel,” said ICJ Secretary General Sam Zarifi in the statement.

“The legality of the Indian government’s measures to eviscerate Article 370 will certainly be tested before the Indian judiciary, which should look closely at the serious violations of proper legislative and constitutional processes,” Zarifi said. “All eyes are now on the Indian Supreme Court to fulfill its functions in defense of the rights of people of Jammu and Kashmir and the Indian constitution.”

The procedure adopted to revoke the special status and autonomy of Jammu and Kashmir appears to be incompatible with judgments and observations of high courts and the Indian Supreme Court, who have clarified that the President of India would need the agreement of the government of Jammu and Kashmir to change its status, read the statement by the international human rights non-governmental organisation.

Zarifi noted that the Indian government rushed through the amendments at a time when Jammu and Kashmir was under the direct rule of the Central Government, and the state legislature was dissolved.

The statement also refers to the reports by the United Nations High Commissioner for Human Rights on Kashmir that speak about the grave human rights violations — including unlawful killings, enforced disappearances and torture — committed with impunity by Indian security forces.

The UN High Commissioner for Human Rights in both reports recommended to the Indian government to “fully respect the right of self-determination of the people of Kashmir as protected under international law”, noted the statement.

“The ICJ condemns the legislative steps taken with respect to Jammu and Kashmir, and calls on the Indian government to implement in full the UN High Commissioner’s recommendations,” read the statement.