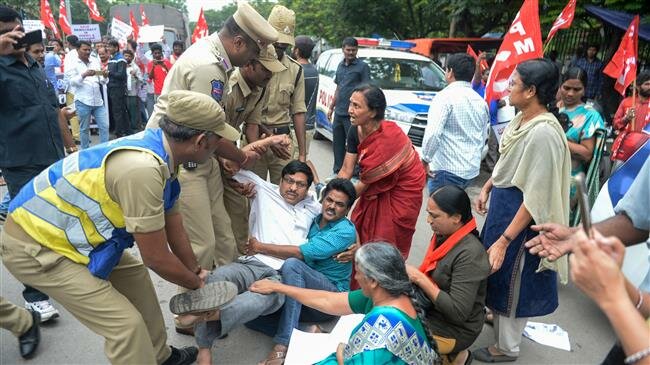 Shafaqna Pakistan: Iran has called on India and Pakistan to resort to “dialog” and “peaceful” measures to protect the interests of people in the region amid a fresh wave of tensions between New Delhi and Islamabad over disputed Kashmir.

Foreign Ministry spokesman Abbas Mousavi said Wednesday that Tehran is “closely following up on” India’s latest decision regarding New Delhi-controlled Jammu and Kashmir as well as the statements of both Indian and Pakistani officials on the developments unfolding in the disputed Himalayan region.

Tehran, he added, “expects India and Pakistan, as its friends and regional partners, to adopt peaceful methods and dialog and take effective steps towards securing the interests of people in the region.”

On Tuesday, the lower house of the Indian parliament approved a controversial bill that strips the Indian-administered portion of Kashmir of its autonomous status.

The bill, which had already passed the upper house of India’s parliament, needs to be signed into law by President Ram Nath Kovind.

The measure had been introduced earlier this week by the government of Indian Prime Minister Narendra Modi, which announced that it was revoking Article 370, a constitutional provision that grants special status to Kashmir.

Kashmir has been split between India and Pakistan since partition in 1947. Both countries claim all of Kashmir and have fought three wars over the territory.

Experts have warned that the changes to Kashmir’s status could further inflame tensions in the already restive region.

Pakistan was quick to denounce India’s recent move as illegal, with Prime Minister Imran Khan saying he was weighing taking the matter to the United Nations Security Council.

The Pakistani military also said it would “go to any extent” to support people in Kashmir.

The two nuclear-armed states came close to war in February, when at least 40 paramilitary troops were killed in a bombing in Kashmir. New Delhi, which blamed Pakistan for supporting the militants behind the blast, launched retaliatory aerial raids inside Pakistani territory for the first time in decades. 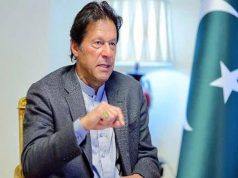