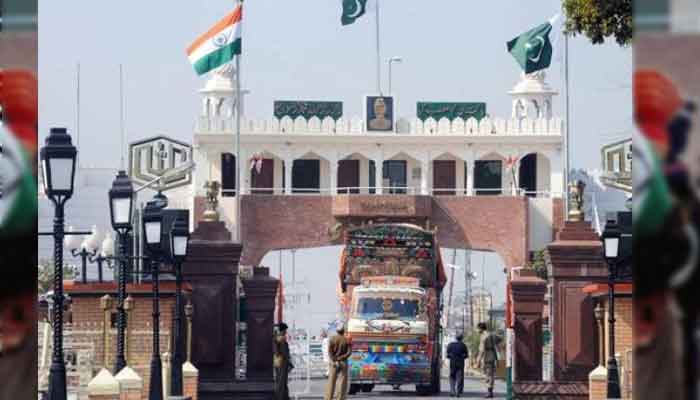 Shafaqna Pakistan:Pakistan has ruled out possibility of linking access to Afghanistan via Wagah border for transportation of Indian goods, arguing the transit trade is not trilateral issue in anyway.

“We have asked Afghanistan for not linking trade access through Wagah border and they agreed to it because the transit trade was bilateral issue and it was not trilateral thing to bring any other into it,” Prime Minister’s Adviser to Commerce Abdul Razak Dawood said while addressing a news conference here on Wednesday.

He also said he asked Prime Minister Imran Khan for stopping investigations of NAB against top businessmen, saying it was not good thing and there is need to stop it. When asked it was done last time under Musharraf regime under chairmanship of then NAB chief Gen (retd) Amjad and now again by NAB, the Adviser to PM said he does not want to say anything more on this issue. On abolishing of zero rating regime for five export oriented sectors through withdrawal of SRO 1125 in the budget for 2019-20, he said he wanted to make it crystal clear that the government would not back out from registration of taxpayers.

On the Afghan Transit Trade (ATT), after exchanging proposals through working groups in the aftermath of Afghan President’s visit to Pakistan, Razak Dawood said he would be visiting Kabul between August 20 to 30 as Afghan Ambassador extended an invitation. “Kabul is ready to initiate talks on Preferential Trade Agreement (PTA),” he added.

Dawood said the Afghan side is about to raise the issue of access through Wagah border but he made it clear that they should not link bilateral issue at a forum that was not trilateral and they agreed to it. He said he raised the issue of increased trade of pencil, TV sets and black tea that was again transported into Pakistan in guise of ATT harming our country.

“I am against using ATT for causing harm to our economy,” he added. Otherwise the Afghan Transit Trade was beneficial for Pakistan. He said they would study the mechanisms adopted by other landlocked countries to get better provision through transit trade mechanism. On trade figures, he said Pakistan’s exports for July 2019 stood at $1.87 billion against $1.63 billion in same month of 2018, registering an increase of $233 million or 14.23 percent in first month of the current fiscal year. He said they would have to wait for getting data of August 2019 to analyse whether devaluation impact is providing benefits to boost exports.

The export of rice increased by 71 percent, readymade garments 17 percent, home textile 16 percent, plastic goods 34 percent, chemical 26 percent, mangoes 33 percent and footwear 24 percent. The imports in July 2019 stood at $3.9 billion compared to $4.8 billion, registering decrease of 18.39 percent. The imports of minerals decreased by 23 percent, vehicle 42 percent, paper and paper board 32 percent, textile 35 percent while imports of machinery and others increased by 11 percent and import of High Speed Diesel by 26 percent.

On boosting trade with Korea, he said he made a request to his counterpart during his visit to Korea for granting 13 percent duty free access on pattern of India, Bangladesh, Vietnam and Cambodia and they agreed to consider it with the possibility to hold next round of talks in coming October 2019. Pakistan, he said, wanted market access from five countries including USA, Canada, Japan, Korea and Australia. On suspension of trade with India and intra Kashmir region, Razak Dawood replied he would respond after considering all aspects. To another query regarding signing of second FTA with China, he said Beijing is expected to sign the revised agreement by October 2019. 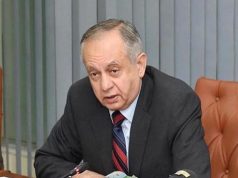