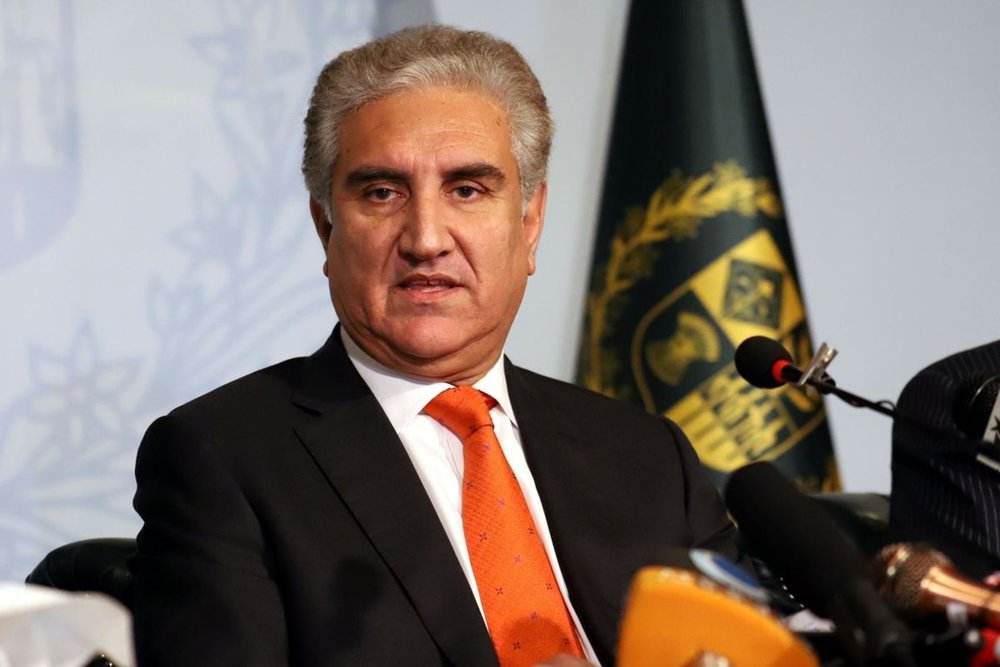 Pakistan is not looking at a military option over Kashmir, Foreign Minister Shah Mehmood Qureshi said today, after India stripped Occupied Kashmir of its special autonomy.

However, Pakistan reserves the right to respond to any Indian aggression, Qureshi told a news conference in Islamabad.

“We’re not looking at military option,” Qureshi said, adding, “Don’t we reserve a right to respond in case of any aggression?”
He added, “We have decided to go back to the UN security council to challenge this Indian position, which is morally incorrect.”

India on Monday revoked Article 370 of its constitution stripping occupied Kashmir of its special status. In response, Pakistan downgraded its diplomatic ties with India, suspended bilateral trade, and expelled the country’s envoy.

Earlier, speaking to the High Representative of the European Union for Foreign Affairs and Security Policy Federica Mogherini, Qureshi urged the EU to take note of the rising tension in IoK.

In a phone conversation with Mogherini, the FM said India’s unilateral action to change the special constitutional status of occupied Kashmir is a violation of UNSC resolutions.

He said the revocation of Articles 35-A and 370 is an attempt by the Indian government to change the demography of IoK.

“India is neither abiding by international treaties nor is it ready to respect bilateral agreements,” said the foreign minister.

He added that the international community should press India to uphold international law and resolve the Kashmir issue under UNSC resolutions and according to the aspirations of the Kashmiri people.