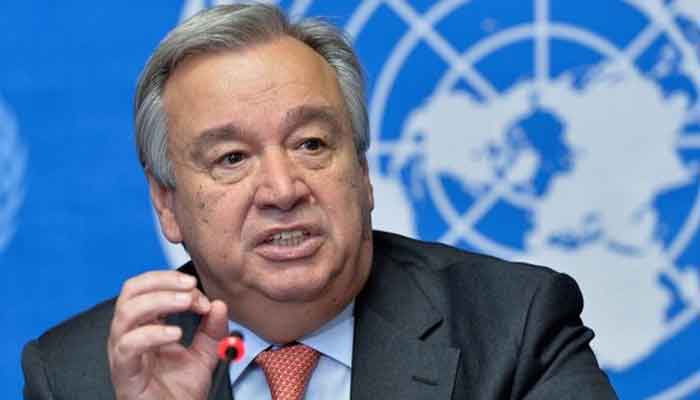 UN Secretary General Antonio Guterres has expressed concern over the situation in the Indian Held Kashmir (IHK) and appealed for restraint.

He said the Secretary General called on all parties to refrain from taking steps that could affect the status of Jammu and Kashmir.

The spokesperson said the Secretary-General is also concerned about reports of restrictions in Indian Held Kashmir, which could exacerbate the human rights situation in the region.

Stephane Dujarric said the position of United Nations on this region is governed by the Charter of the world body and applicable Security Council resolutions.

He said the Secretary-General also recalled the 1972 Simla Agreement on bilateral relations between India and Pakistan which states that the final status of Jammu and Kashmir is to be settled by peaceful means, in accordance with the Charter of the United Nations.

Meanwhile, the Trump administration has reiterated that it supports direct dialogue between India and Pakistan on Kashmir and other issues of concern.

In revised reaction, after India’s move to abrogate Article 370 and stripping Jammu and Kashmir from its special status, the State Department maintained that the US “continues to support direct dialogue between India and Pakistan on Kashmir and other issues of concern.” Earlier, the department had noted that “the Indian government has described these actions as strictly an internal matter.”

In a statement issued on Wednesday, a department spokesperson also called on “all parties to maintain peace and stability along the Line of Control, including taking firm and resolute steps to combat cross-border terrorism.”

“We note the broader implications of these developments, including the potential for increased instability in the region,” the department said in the statement while calling for “calm and restraint from all parties.” The spokesperson repeated that the administration is closely following India’s legislation regarding the new territorial status and governance of Jammu and Kashmir. “We continue to be concerned by reports of detentions and the continued restrictions on the residents of Jammu and Kashmir,” the spokesperson said urging respect for individual rights, compliance with legal procedures, and inclusive dialogue with those affected.

More than 500 people have been rounded up in the latest crackdown in the Indian-held Kashmir (IHK), which has been on the edge since the right-wing government revoked its autonomy, reports said on Thursday.

University professors, business leaders and activists were among the 560 people taken to makeshift detention centres — some during midnight raids — in the cities of Srinagar, Baramulla and Gurez, the Press Trust of India and the Indian Express reported.

The detentions came as Prime Minister Narendra Modi was set to address the nation on the radio later Thursday to explain his Hindu nationalist government’s decision to revoke the seven-decade long special status of the region through a presidential decree.

Parliament also passed legislation dividing the disputed region — which has experienced an armed rebellion against Indian rule since 1989 — into two territories to be governed directly by New Delhi.

Tens of thousands of Indian troops have enforced a strict curfew, which includes no internet or phone services, and are allowing only limited movement on streets usually bustling with tourists flocking to the picturesque valley.

Experts warn that the valley is likely to erupt in anger at the government’s shock unilateral move once the restrictions are lifted, which could come as soon as the Muslim festival of Eid on Monday.

Late Wednesday India’s aviation security agency advised airports across the country to step up security as “civil security has emerged as a soft target for terrorist attacks” on the back of the Kashmir move.

Meanwhile, Malaysia has voiced concern over the recent developments in occupied Kashmir, particularly the escalation of tension in the region.

In a press statement issued by Prime Minister’s Office in Putrajaya, Malaysia said it would like to encourage all stakeholders to abide by the relevant UNSC resolutions on occupied Kashmir towards the maintenance of international peace and security.

“As a close partner to both Pakistan and India, Malaysia attaches high hopes that the two neighbours will exercise utmost restraint to prevent further escalation that could be detrimental to the peace, stability and prosperity in the region,” the statement said.

It further said Malaysia always believes that dialogues and consultations are the best route to a peaceful and amicable solution to this long-standing issue.

Saudi Arabia also expressed concerns over the latest developments in occupied territory and affirmed its stand that conflict should be settled through peaceful means in accordance with the relevant international resolutions.

Official sources said they were following the current situation in occupied Kashmir resulting from India’s abolition of Article 370 of the Constitution, which guarantees the autonomy to the occupied valley.

Saudi Arabia also called on the parties concerned to maintain peace and stability in the region and take into account the interests of the people of the region.

The United Arab Emirates (UAE) has expressed concerns to the developments in the sub-continent, calling for restraint over the Kashmir dispute.

The UAE has said that it is monitoring with concern the developments in Jammu and Kashmir, and is calling for all parties in the conflict to exercise restraint, the UAE official news agency Wam reported on Thursday.

The UAE Minister of State for Foreign Affairs, Dr Anwar bin Mohammed Gargash, stressed “the need to use dialogue for maintaining peace, security and stability in the region.” The UAE Ministry of Foreign Affairs and International Cooperation issued the statement of the minister.

Dr Anwar Gargash also expressed the UAE’s confidence in the wisdom of the leaderships of both India and Pakistan and their ability to “overcome this crisis through communication and constructive dialogue, away from escalation and confrontation.”

The foreign minister, in a telephonic conversation with EU High Representative, apprised her about the two letters Pakistan had sent to the UN secretary general highlighting the gravity of situation.

He urged the high representative to appropriately brief the EU member states on the situation. Qureshi expressed the apprehension that India could carry out a false flag operation, apportion the blame on Pakistan and embark upon a misadventure into the Pakistani territory.

He stressed any escalation on Pakistan’s eastern border could jeopardise the efforts of the international community to bring peace and stability in Afghanistan. He highlighted that India had deployed 180,000 additional troops, suspended mobile and Internet services, and imposed curfew, locking down the entire population of IoK.

He added that unilateral steps taken by India were against the very essence of various resolutions of the United Nations Security Council (UNSC) on Jammu and Kashmir.

Qureshi also informed High Representative Mogherini about the decisions taken by the joint session of the Parliament, including downgrading of diplomatic relations, suspension of bilateral trade, review of bilateral agreements and taking the matter to the UN Security Council.

Federica Mogherini said the EU was closely following the situation with deep concern and agreed that any escalation in the region could negatively impact the Afghan peace process, and affect the regional security and stability.

The EU high representative underscored that all disputes should be resolved through dialogue and peaceful means. The two leaders agreed to stay in touch and continue to work together for peace and stability in the region. 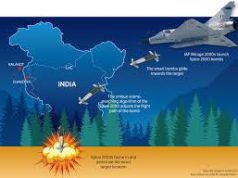