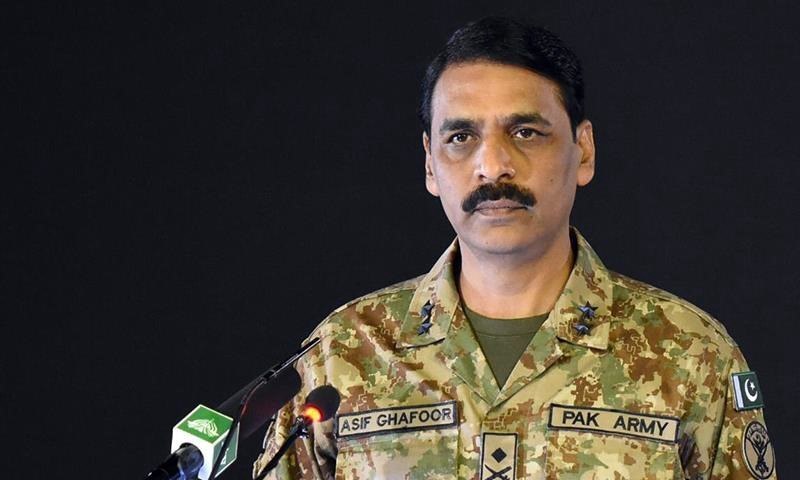 Shafaqna Pakistan: The Army’s media wing on Friday dismissed a statement made by the Indian Chinar corps commander — in which he accused Pakistan of being “involved in disrupting the peace in Kashmir Valley” — as “usual blatant lies”.

Chinar Corps Commander Lt Gen Kanwal Jeet Singh Dhillon, during an interaction with reporters, was asked if he thought Pakistan would “increase their attempts to try and spoil the law and order situation in the Valley”.

“Pakistan Army and Pakistan have always been involved in disrupting the peace in Kashmir Valley. So I would like to believe that they are good enough to do it and recently there’s been statements which have come up in which they are openly threatening about certain incidents in the Valley,” Dhillon had responded. “Notwithstanding we will take care of all of them, let anyone come and try and disrupt the peace in Valley, we will have him eliminated.”

Director General (DG) Inter-Services Public Relations (ISPR) Maj Gen Asif Ghafoor, in a tweet shared in the early hours of Friday, termed the statement “an attempt to carve out casus belli for a misadventure to divert world attention from precarious situation & atrocities in [Indian occupied Jammu and Kashmir] IOJ&K”.

‘Casus belli’ is a Latin expression meaning “an act or event that provokes or is used to justify war”.

Ghafoor added that while Indian occupied Kashmir was facing a media blackout, Azad Jammu and Kashmir (AJK) was open to the foreign media and the United Nations Military Observers group in India and Pakistan (UNMOGIP) could visit places of their choice in AJK.

“Can you do the same?” he asked Lt Gen Dhillon.

In another tweet, Ghafoor said that Pakistan would respond to any attempt of “misadventure” by the Indian Army with a response “even stronger” than on February 27, when the Pakistan Air Force (PAF) had shot down Indian aircraft inside Pakistani airspace and captured a pilot.

India this week revoked Article 370, which gave occupied Kashmir an autonomous status, and legislated to bifurcate the Valley into Ladakh and Jammu and Kashmir.

In response to New Delhi’s move to annex occupied Kashmir, Pakistan on Wednesday resolved to downgrade diplomatic relations with India and suspend all bilateral trade.

India, however, has termed it an “internal matter” and asked Pakistan to review its decision. Meanwhile, a communications blackout and security clampdown imposed late Sunday in occupied Kashmir entered its fifth day on Friday. By Thursday, Indian security forces had arrested more than 500 people in the region.

UN chief urges not to change Kashmir status
UN Secretary General António Guterres on Thursday called on all parties to refrain from taking steps that could affect the status of Jammu and Kashmir, which is recognised as a disputed territory by the United Nations and the Security Council.

Noting that the secretary general was following the situation with concern, the statement clarified that the UN position on Kashmir was tied to its own charter and applicable Security Council resolutions. He also appealed to both India and Pakistan to show “maximum restraint” while looking for means to resolve this 70-year-old dispute.

Earlier on Thursday, the United States also noted that India’s decision to annex Kashmir could increase instability in the region.

“The secretary general calls on all parties to refrain from taking steps that could affect the status of Jammu and Kashmir,” said a statement issued by his office.