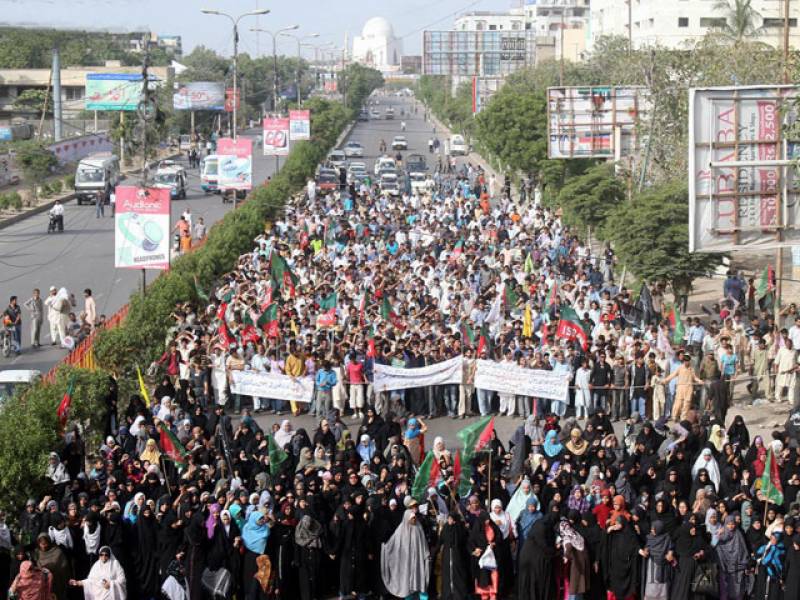 Shafaqna Pakistan: Majlis-e-Wahdat-e-Muslimeen organised rallies across the country on Friday to protest against Indian atrocities & brutalities and recent measures against Kashmiris in IOK.

The party supporters were carrying banners and placards inscribed with slogans against Indian crimes against humanity in India-occupied Kashmir.

The MWM leaders vowed to support oppressed people of Kashmir at all cost. They condemned Modi government of India for subjugating Kashmiris by new methods.
They also condemned so-called international community for ignoring Indian heinous crimes against humanity in IOK.

Allama Baqir and other leaders further said that India has tried to legalise his illegitimate occupation by revoking Article 370. They emphasised that even Article 370 was a cover-up to the Indian occupation that was why Pakistan never recognised Indian claim over Kashmir.

They said Pakistan nation had never forgotten Kashmiris and would never leave them alone.

Like rest of Pakistan, MWM supporters also staged rallies and demonstrations to mark the day of protest against India in many districts and towns in Sindh province.