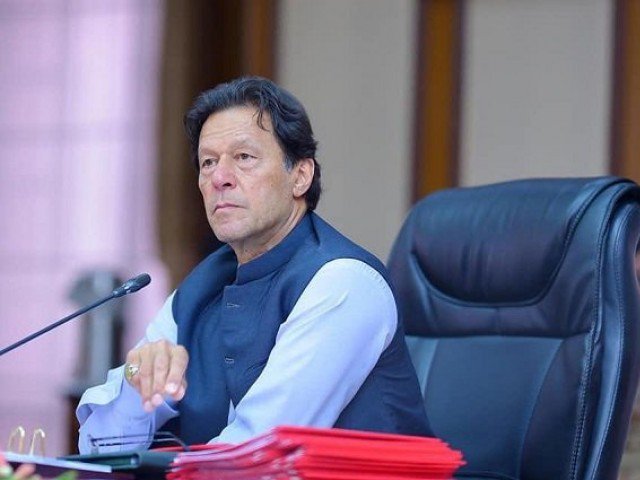 Shafaqna Pakistan:The federal cabinet on Friday accorded approval to suspension of bilateral relations with India, decisions of the National Security Council and closure of Samjhauta and Thar train services.

Briefing the media about the decisions taken during the meeting presided over by Prime Minister Imran Khan, Special Assistant to Prime minister on Information and Broadcasting Dr Firdous Ashiq Awan said the cabinet reaffirmed Pakistan’s commitment that it would not budge from its principled stand on Kashmir and will not show any flexibility in its position and national interests of the country.

Firdous said, “The cabinet has endorsed measures being taken by the government for the Kashmir cause in the wake of steps taken by India to change its status quo.”
India hopes Pakistan will reconsider its decision on bilateral ties

She said PM Imran took the cabinet into confidence on the regional situation emerging after revocation of the independent status of Kashmir by India. The prime minister directed the cabinet members to proactively use social media to expose Indian forces atrocities in occupied Kashmir and also India’s open violation of international laws, she added.

The prime minister also directed them to make all-out efforts to expose negative intentions of India, she said, adding that the statements of prime minister about peace in the region had been appreciated worldwide.

She said focal groups had been formed on Kashmir in context of parliamentary resolution that would work under their mandate and give concrete recommendations to the government.

The special assistant said the federal cabinet also decided to increase the number of members of the committee formed to prepare recommendations in view of the recent act of India on Kashmir.

In that regard, she said opposition parties would be invited to become part of the committee.

Azad Jammu and Kashmir (AJK) president and prime minister and Gilgit-Baltistan (G-B) governor would also be included in the committee.

The cabinet appreciated UN Secretary General Antonio Guterres’ statement on Kashmir in which he expressed concern on the situation and recalled that under Simla Agreement the final status of Jammu and Kashmir was to be settled through peaceful means, in accordance with the UN Charter.

The cabinet paid tribute to the vision and wisdom of prime minister and expressed full confidence over the steps taken by him.

Dr Firdous said welfare, security and defence of the country was priority of the incumbent government.

Referring to other decisions of the cabinet, she said a briefing was given by Frontier Works Organisation regarding clean Karachi initiative.

“So far Rs55.5 million has been spent under that initiative of the federal government to clean Lyari and other nullahs,” she added.

Firdous said 10 initiatives were put before cabinet under the Ehsaas programme. The prime minister told the cabinet that Pakistan was rich in resources, capital and talent and challenges were due to inequitable distribution of resources.

The Ehsaas initiative would help reduce unemployment, besides provision of quality food and employment to marginalised segments of the society.

Under the programme, women would be given preference in order to empower them, she added.

The cabinet also approved langar programme to provide free meals to destitute and poor people in major cities of the country.

Dr Firdous said 155 offices of Pakistan Baitul Mal and Tehsil offices, while more than 385 offices of Benazir Income Support Programme across the country would work collectively to provide that service.

The cabinet also accorded approval to restructuring of Pakistan Cricket Board in order to promote regional cricket and groom new talent.

It also gave approval to decisions of the Economic Coordination Committee (ECC) taken in its last meeting.

The special assistant said the cabinet approved measures to facilitate construction of high-rise buildings in Karachi, Lahore, Peshawar and Multan.

The prime minster directed the Civil Aviation Division to give its suggestions in order to facilitate construction of high-rise buildings and to attract foreign investment in the housing sector.

The cabinet also directed the relevant authorities to make adequate arrangements for coping with the flood situation in various parts of the country during the current rainy season.

It also accorded approval to the charter bill of the University of Engineering and Emerging Technology, she said, adding that the cabinet approved a mechanism for provision of gas facility under the gas development schemes.

To a question, she said the cabinet also approved suspension of trade ties with India.

To another question about opposition leader Shehbaz Sharif’s statement about the arrest of Maryam Nawaz, she questioned about the personal relations of the Sharif brothers with India and its businessmen. (With additional input from APP)