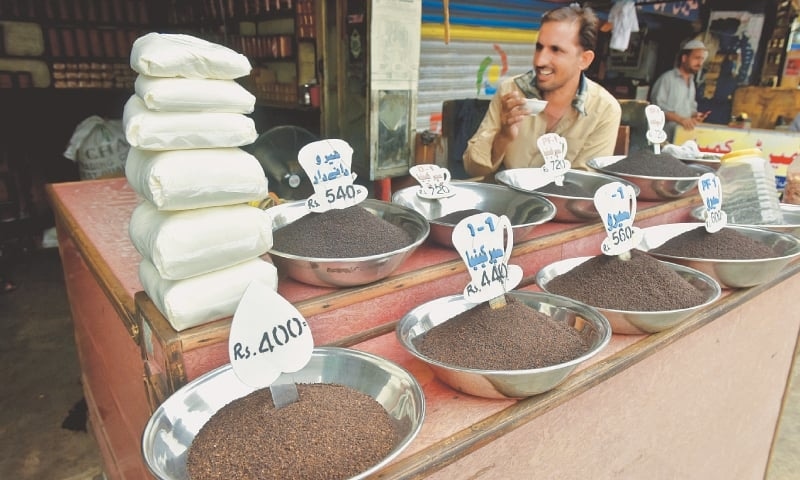 Shafaqna Pakistan:Trade and industry representatives said they are supporting the government’s decision of banning trade with India, stressing, “The country comes first and we have other alternatives to meet our raw material demands.”

Talking to Dawn, Chairman Site Association of Industry (SAI) Saleem Parekh said processing mills may face problems as they had booked Indian dyes and chemicals consignments two to three months back while many shipments were on the high seas. Parekh, a former chairman of All Pakistan Textile Processing Mills Association, said that Indian goods are 30-35 per cent cheaper than Chinese and Korean brands while the arrival time is also much shorter than other countries. Besides, freight charges are also low compared to Korean and Chinese goods, he added.

“Textile processing mills are accustomed with the recipe of Indian brands but now they would need to change towards Chinese and Korean brands. This would take some time,” he explained, stressing, “For the sake of country, we are ready to face any kind of challenge.”

Central Chairman Pakistan Hosiery Manufacturers and Exporters Association (PHMEA) Jawed Bilwani said the textile sector which is dependent on Indian dyes and chemicals may not feel any immediate set back as many units maintain three to four months stocks.

I fear that Indian dyes and chemicals and other items may arrive from Dubai after ban on trade with India,” he said, adding Indian items are 15-20pc cheaper than those from China and other countries.

Chairman FB Area Association of Trade and Industry (FBATI), Khursheed Ahmed said the textile sector would enhance dyes and chemicals import from China and Far East instead of India. However, this change would raise production cost due to freight element and high prices in China and Far East.

Pakistan also imports tea from India for blending purpose, though importers of the commodity are not worried.

“The share of India in total tea imports is 5pc which we can manage by shifting towards tea from Vietnam and some African brands,” Chairman Pakistan Tea Association (PTA) Shoaib Paracha said.

“Discontinuation of tea imports from India would not create any big problem for us,” he stressed.

Pakistan Chemical Dyes and Merchants Association former president Haroon Agar noted that the United States has imposed additional duties of 15-20pc on import of Chinese goods while China had devalued its currency by 15-20pc.

“The impact of these decisions is now visible in world markets,” he added.

Agar, who also led the Karachi Chamber of Commerce and Industry, said the international price of Chinese dyes and chemicals have dropped by 30-40pc in the wake of America’s tough measures.

“In this situation, dyes and chemical importers have visible alternative in shape of Chinese goods,” he added.

Interestingly, a few trade bodies had announced complete boycott on sale of Indian goods. It may be recalled here they had made similar announcement during Pulwama attack but sale of Indian items continued unabated.

All Karachi Tajir Itehad (AKTI) Chairman Atiq Mir said the association is trying to convince its members to remove both legal and smuggled Indian goods from their shops and strictly enforce government’s decision regarding ban on trade with India.

“AKTI is also preparing a list of Indian items that are openly sold in the market so that we can talk to the shopkeepers for their removal,” he said.

He urged the government to take notice of Indian goods arriving from Dubai after change of tag from (Made in India) to (Made in Dubai).

In February, Pakistan did not counter New Delhi’s decision to withdraw the Most Favored Nation status to Islamabad in the backdrop of Pulwama attack. Back then, India slapped 200pc import duty on Pakistani goods.