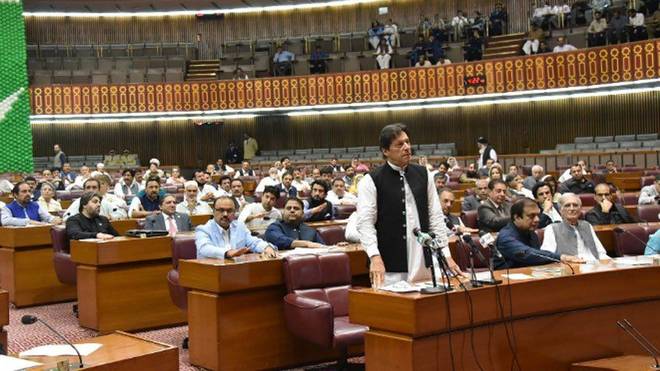 Since the British sold it to Gulab Singh for 7,500,000 Nanakshahi rupees, Kashmir has been bought and sold, in reality and in public imagination, many times over.

If Modi and his Hindu nationalist companions have their way, 2019 may go down in history as a year more tragic than 1846, when Kashmir was sold, and 1947, when India annexed it forcibly.

The recent actions of the Indian government threaten the very identity of the Kashmiri people. By taking the first step to gobble up Kashmir permanently, Modi has thrown a huge challenge to the overly optimistic prime minister of Pakistan who saw a deal-maker in his Indian counterpart and an interlocutor in the president of the US. His naivete in the realm of diplomacy stands exposed.

The BJP’s wily Hindu nationalist leadership has struck at a moment of Pakistan’s vulnerability and weakness. In fact, India had worked hard for years to isolate Pakistan and reach this point. It did not succeed in weaning away Pakistan’s friends, but it has had tremendous success in ensuring that Pakistan’s allies and friends do not take sides in an Indo-Pakistan conflict. The changed situation shows the harm that a decade of terrorism and two decades of economic mismanagement have inflicted on the country.

It is a challenge that will test Imran Khan’s leadership skills and the capacity of his government to respond institutionally. His government needs to mobilize international support to stay India’s hands from taking more drastic steps against the people of Occupied Kashmir. As a leader, Imran Khan needs to reassure the people of Pakistan and Kashmir that he can be trusted to deal with this challenges effectively. As a political party in power, the PTI also needs to deal with an opposition keen on using this opportunity to settle scores and tarnish its image.

So far, the PTI has not fared very well on any of these objectives. Imran Khan has made lacklustre analytical speeches suitable for a television commentator rather than a charismatic leader. He has tried to reassure the world that Pakistan’s reaction will be confined to peaceful diplomatic means, without drawing any red lines to warn India.

Continuing with the strategy of offensive defence, his party has tried to contain political damage by redoubling the attack on the opposition, with the ‘Modi ka yaar’ narrative being brought back. This has resulted in increased political polarization at a time when we need to make a show of unity. The opposition has also switched to a familiar, but unfortunate, narrative of ‘sellout on Kashmir’.

The sellout narrative favours the opposition as it puts demands on the government to achieve the impossible on Kashmir. Such a narrative also restricts the government’s options to deal with the situation in a more rational way. This narrative has a long history and opposition parties have used it against various governments with deadly effect.

On January 10, 1966, Ayub Khan and Lal Bahadur Shastri signed the Tashkent declaration stating their “firm resolve to restore normal and peaceful relations between their countries and to promote understanding and friendly relations between their peoples”. Bhutto, Ayub’s foreign minister who parted ways with him soon after, accused the military ruler of a sell out in Tashkent; this charge played a key role in Ayub Khan’s fall.

Six years later, Bhutto himself came under similar attack when he signed the Simla agreement, which stated that India and Pakistan had “resolved to settle their differences by peaceful means through bilateral negotiations or by any other peaceful means mutually agreed upon between them”. The opposition instantly termed the agreement a sellout worse than Tashkent, and insisted that it included a secret agreement by Bhutto to relinquish Pakistan’s claim on Kashmir.

Bhutto was forced to defend himself in the strongest language possible. “I tell you as a Muslim and I swear on oath. I swear in the presence of Almighty Allah that there has been no secret agreement…On the vital question of Kashmir … we have made no compromise. We told them categorically that the people of Kashmir must exercise their right of self-determination.”

The ‘Simla sellout’ harmed the PPP’s image for decades. Despite her strong position on Kashmir, the Muslim League played the Kashmir card against Benazir’s governments in the 1990s whenever it got the chance. When Rajiv Gandhi visited Pakistan in 1989, Nawaz Sharif accused Benazir of compromising on Kashmir and when Nawaz met Gujral in February 1998, Benazir was quick to accuse him of taking a “line of compromise”.

Successive governments have also used Kashmir to dole out patronage to their potential rivals. The parliamentary Kashmir Committee has been a major instrument of political patronage since 1993 when it was formed to accommodate Nawabzada Nasrullah Khan, a thorn in every government’s flesh. Nawabzada Nasrullah Khan was made chairman of the committee with the status of a federal minister, enjoying generous budgets and foreign tours. After Nawabzada, Maulana Fazlur Rehman, another potential trouble-maker, enjoyed the position in successive governments. The chair is currently occupied by Syed Fakhar Imam, a political heavyweight from Khanewal, who won as an independent by defeating the PTI. He joined the ruling party and got the much coveted parliamentary positions as a reward.

The current crises show that the time for business as usual is over. Pakistan’s ruling elite may continue with its disastrous infighting or it may choose to declare this as the country’s Sputnik moment.

If the second choice is made, we will have to go beyond simple narratives and blame game. We will have to initiate a thorough process of analysis and introspection. Our rulers need to ask many questions to themselves and then come up with practical solutions.

Where are the institutions that could produce knowledge to inform policy and provide policymakers with various alternatives? How many think-tanks, how many university departments are up to these criteria? Why are we wasting money on policy institutes that hardly do anything more than rationalizing the current state policies? Why are our elected governments and bureaucratic machinery failing us so spectacularly? What reforms are needed to make both work to help us face the challenges of the 21st century? Is our private sector able to compete in the world, provide employment to our youth and offer technological solutions for our civilian and defence needs? How did our neighbours steal a march upon us in the globalised economy while we remain net losers of globalization? (Can the prime minister kindly ask sugar millers and other crony capitalists that sit in every cabinet to leave the meeting when this question is discussed?)

Does the prime minister really think single-party hegemony is possible and is a viable model for Pakistan? If he does, he should try to complete his drive as fast as possible. If he fails – and he certainly will – it should be the last disaster of this kind and our ruling elite must move to set the rules of the game to ensure stability and continuity. Perpetual political instability creates a tunnel vision that does not leave any focus or energy for non-political pursuits.

And, in order to help Kashmiris better we need to put our own house in order and rise as a modern, educated, industrial nation on the back of the talent of our people, who have been ignored and insulted all along. 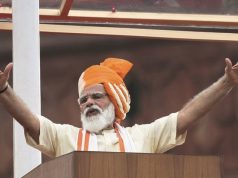 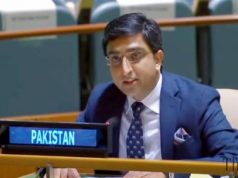 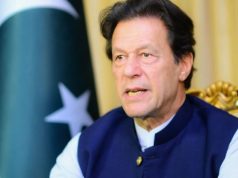