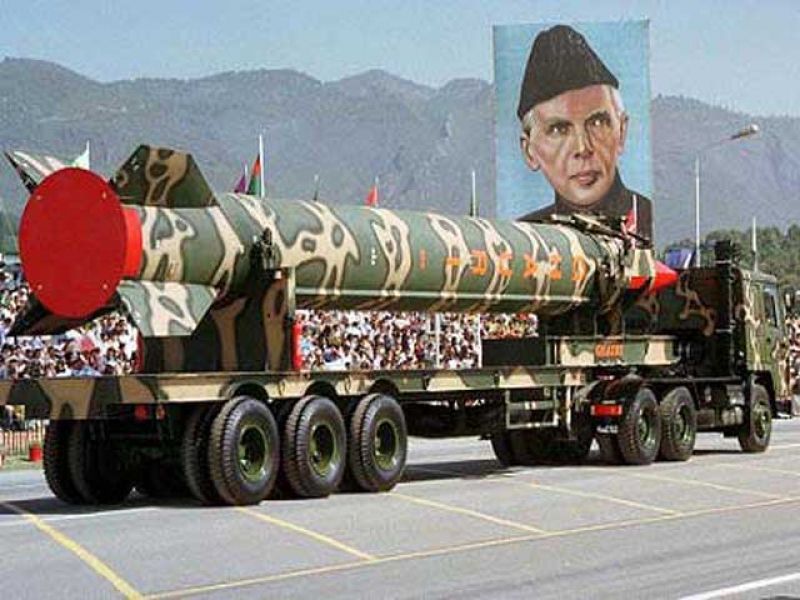 Shafaqna Pakistan: It sounds strange that Pakistan can use Indian strength to resolve Kashmir issue but Pakistan has no other option except this.

Now, With just one click, Pakistan can end the market of over 1 billion  people. Within seconds it can push the world to an irreversible financial crunch.

Do you think the world would let India and Pakistan fight a war at this cost? Do u think the world can afford to lose market of 1.5 billion people? The world is rational and it won’t let this happen.

Pakistan can make a clear demand, give a serious war threat and the world would intervene. Though Pakistan is weak yet it is in a blackmailing position with over 100 nuclear bombs in its arsenal. It just needs to know its weapons and their utility. They call you a rogue state. They don’t consider Pakistan a rational country. She can Use this irrational image to achiever its goals.

After the crisis is over, Pakistan can build the narrative to avoid sanctions that a weaker nuclear Pakistan in a volatile region would not be in interest of the world. Pakistan can take its allies into confidence. Focus on regional powers and build good relations with them based on their strategic interests. Focus on trade and make her country strong. It can also give access to India to Central Asia to promote its trade with Central Asian states, that currently stands at $1.5 billion  and in future it can  use the leverage and block the access in future crises with India.

Though this seems irrational but keeping in mind the experience of North Korea and Iran, Pakistan can follow the footsteps. Pakistan can study the diplomacy of North Korea that how she used nuclear threat as its strength and black mailed the world powers.