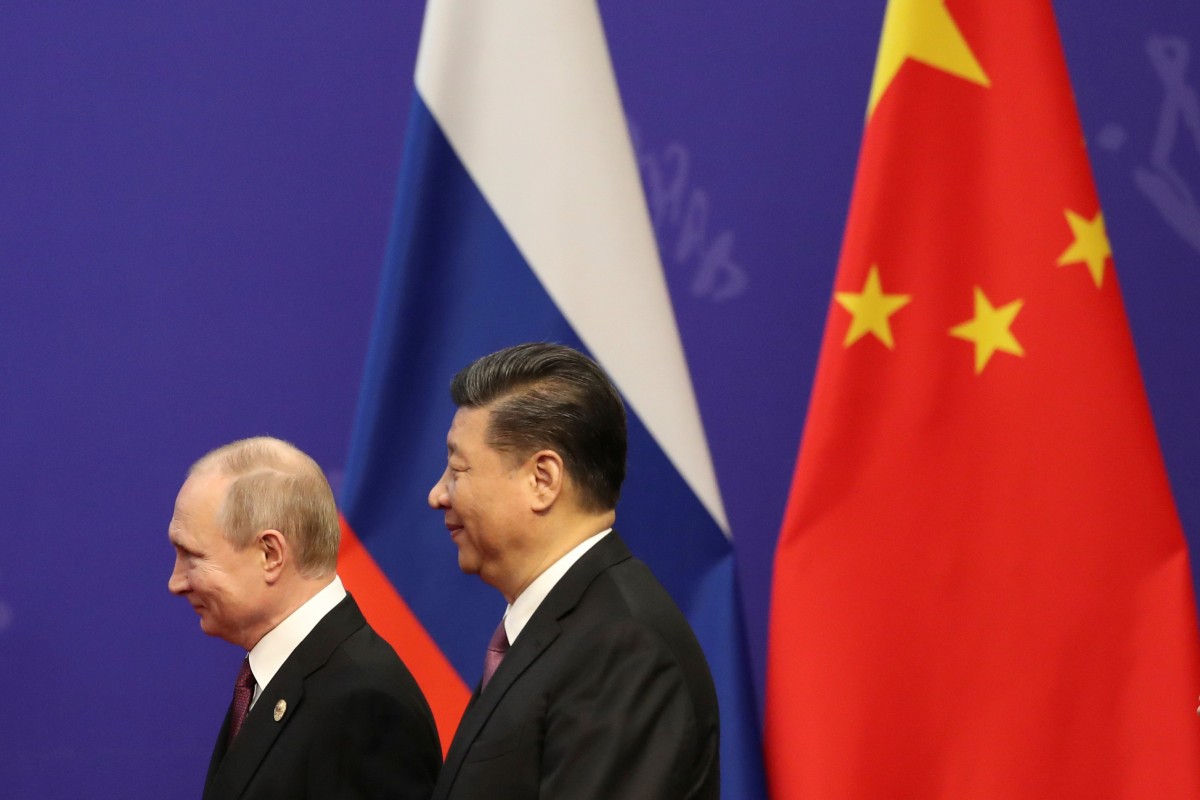 Shafaqna Pakistan: Contrary to the false claims regularly propagated within the Alt-Media Community, Russia and China don’t always coordinate every aspect of their foreign policies, with the case of their clashing views over India’s unilateral actions in Kashmir last week being the perfect case in point and heralding a new era of “narrative competition” between the two.

One of the most “sacred” dogmas of the Alt-Media Community is that Russia and China always coordinate every aspect of their foreign policies and are therefore on the same side concerning every international issue of significance, but that narrative was just debunked after both Great Powers took opposite sides over India’s unilateral actions in Kashmir last week.

China came out in full support of Pakistan, which was to be expected after India’s moves threatened its administration of Aksai Chin and Home Minister Amit Shah even said that people might die over his country’s claims to that disputed territory as well, while Russia took India’s side and said that its decades-long partner acted within its constitutional framework when annexing Kashmir. That too was to be expected even though Kashmir is Pakistan’s Crimea because the Russian budget is disproportionately dependent on arms exports to India and the South Asian state has many “agents of influence” embedded in the Eurasian Great Power’s “deep state”.

Panic In the Alt-Media Community

Nevertheless, Moscow’s financially self-interested move risks jeopardizing its carefully crafted regional “balancing” act after the country’s recent “Return to South Asia”, and it interestingly puts it at odds with Beijing on a serious international issue for the first time since the end of the Old Cold War. The Alt-Media Community is now in panic because it’s impossible for their perception managers to concoct a credible narrative explaining this unprecedented strategic divergence between Russia and China, and the regular refrain of “5D chess” is no longer believable for most after it became the butt of countless jokes following its over-use in covering up for the undisputed existence of “Putinyahu’s Rusrael”.

If Russia’s leading publicly funded international media outlet RT is anything to go by, however, then Alt-Media has already entered a new era since this narrative giant is indirectly bashing China and even spreading wrong about the country’s position towards Kashmir through the specific guests that its producers chose to speak on the topic.

Questionable Contributors
In the article titled “China ‘can’t just stay out’ of Kashmir dispute, will play peacemaker“, RT recruited Andrew Leung (not to be confused with the current head of the Hong Kong legislature of the same name), Brahma Chellaney, and Iftikhar Lodhi to inform their global audience about this pressing issue. Leung is introduced to readers simply as a “China strategist” while Chellaney is just described as a “geostrategist” and Lodhi is referred to as a “public policy expert” at Nazarbayev University, but the first two titles are extremely misleading because they don’t reveal the full extent of each “expert’s” professional history that would certainly be of interest to RT’s audience.

Leung’s official website reveals that he worked with the British authorities in extremely high positions during Hong Kong’s occupation and “was twice sponsored by the U.S. Government for month-long visits across the US, including a month-long visit in 1990 to brief Chairmen and CEOs of Fortune 50 multinationals on China beyond Tienanmen Square”, while Chellaney turns out to be a regular contributor to “Project Syndicate”, an online information outlet partially sponsored by George Soros’ “Open Society Foundations”. Having gotten this easy exercise of investigative journalism out of the way, it’s now time to turn attention to what exactly these hand-picked “experts” said that might subtle reveal RT’s new unofficial editorial stance towards the issue.

A Controversial “Information Product”
Leung started off objective enough by talking about China’s interests in the Kashmir Conflict but then eventually parroted a common Mainstream Media infowar narrative about how Beijing might abandon part of the Belt & Road Initiative’s (BRI) flagship China-Pakistan Economic Corridor (CPEC) in response to a deteriorating security situation in the region. Given his professional background of working real closely with the British authorities in occupied Hong Kong and being a US government-paid advisor (curiously in the aftermath of the Tiananmen Square incident), it makes sense that he’d use some of his time on RT to fearmonger about the future of CPEC.

As for Chellaney, he somewhat surprisingly isn’t quoted as saying anything controversial even though one would ordinarily expect someone connected with Soros to do so, yet it’s still curious that RT chose to bring someone associated with the global network onto its platform after banning the Color Revolution financier’s “Open Society Foundations” back in 2015 on the basis that they constitute national security threats. As it turns out, it was Lodhi who ended up being the one that spread wrong about China’s position despite him initially seeming like the least likely to do so. RT quoted him as saying that China won’t “actively get involved in putting a resolution to the UN”, which didn’t turn out to be true after Beijing actually said that it would defend Islamabad’s “legitimate rights and interests” following a meeting between both countries’ Foreign Ministers.

Analyzing The Article
When the article is taken as a whole, it can be seen that Russia’s leading publicly funded international media outlet made the voluntary decision to recruit a US government-sponsored “advisor” from Hong Kong who collaborated for decades with the occupying British authorities there and a Soros-connected Indian to speak on China’s stance towards Kashmir, which is a curious production choice to make. The first-mentioned took the opportunity to fearmonger about CPEC and parrot Western positions about the project’s supposedly uncertain future, and while the second guest isn’t quoted as saying anything controversial, his appearance on the publicly-funded platform raises questions about how seriously the Russian government is taking its banning of the “Open Society Foundations” if someone who’s openly associated with one of its many partially funded projects was invited to speak on RT.

Contrary to conventional knowledge, it also ended up being the case that Kazakhstan-based academic was the one who was proven flat-out wrong about what he said.

RT, of course, isn’t responsible for what its guests say on air, and it’s well known that their views don’t necessarily reflect the official position of the outlet or its Russian government financier, but producers working in any media company generally have an idea in advance of what most contributors’ positions are on the issue that they’re asked to speak about after doing some quick research into their professional histories before inviting them onto a show.

As such, it’s very likely that RT was sending an unmistakable signal (possibly on the “plausibly deniable” behalf of the state) to the Alt-Media Community through its recruiting of Leung and Chellaney to talk about China’s position on Kashmir, having a hunch ahead of time that they’d both say something controversial even though only the former ended up proving them right, as did the seemingly uncontroversial (by virtue of his professional history) Lodhi.

While western media voices condemn India on Kashmir and raise the specter of violence, Pakistan is not getting support from other governments even the UN.
Why is the media against India while diplomats from US to Russia to UAE accept India’s view Kashmir is an internal issue?

None of this means that Russia is “anti-Chinese” or that one can expect a full-fledged infowar between these two BRICS and SCO strategic partners, but just that Alt-Media has definitely entered a new era whereby it’s apparently become acceptable for RT (which is one of the narrative leaders in this sphere) to rely on US government-financed “advisors” that collaborated with the occupying British authorities in Hong Kong and an Indian writer openly connected to Soros’ “Open Society Foundations” to supposedly explain China’s stance towards Kashmir to their international audience.

The not-too-subtle message is that it’s alright to use shady characters to do this, and that they won’t be contradicted for parroting Mainstream Media infowar narratives about BRI’s flagship project either despite none other than President Putin himself vowing to integrate the Russian-led Eurasian Union with this global initiative during his keynote speech earlier this year at the BRI Forum.

The key takeaway is that Alt-Media can no longer pretend that Russia and China don’t have any serious divergences of vision over key international issues after each Great Power took opposite sides following India’s unilateral moves in Kashmir and RT released a controversial “information product” about Beijing’s stance towards this conflict. RT also sent the unmistakable signal that it’s acceptable for the outlets and perception managers under its influence to rely on shady characters to explain China’s position towards controversial issues, even if they resort to repeating Mainstream Media infowar narratives about the country or its key interests.

Nevertheless, it would be an exaggeration to expect that the two will enter into a full-fledged infowar against one another, but just that the Alt-Media Community is finally becoming multipolar by allowing a diversity of discourse to flourish within this narrative space. Even so, however, the unofficially affiliated forces that take their cues from Russia (as in those other than publicly financed platforms like RT) will probably double down on their aggressive gatekeeping to suppress any criticism of Moscow’s decision to back New Delhi and might even attack Beijing’s support of Islamabad. It’ll be very interesting to see how the Alt-Media Community adapts to this new era of “narrative competition” that it was finally forced into by necessity, but many might actually welcome this development as long overdue and much needed.