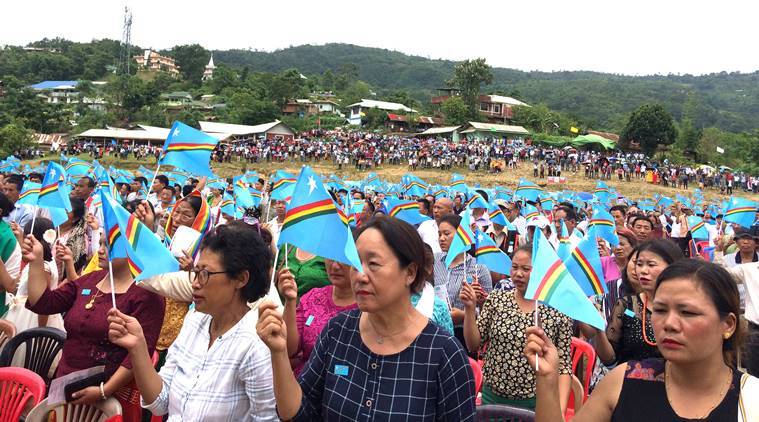 Shafaqna Pakistan:Nagaland, a big non-Muslim state of India, has created its separate capital and issued national anthem after declaring separation from India.

According to a local media report, the Nagaland government has said that now their territory is free and an independent country, which was forcibly annexed by India.

India forcibly occupied Nagaland in 1947. The terrorist Indian troops have slaughtered thousands of people in Nagaland during 71 years struggling for their independence and rights and against dishonoring of the Naga women.

The officials of the government said now the time has come that Nagaland should also run its own system as an independent country.

The Nagaland celebrated its 73rd Independence Day on August 14, 2019 and special ceremonies were held in whole Nagaland.