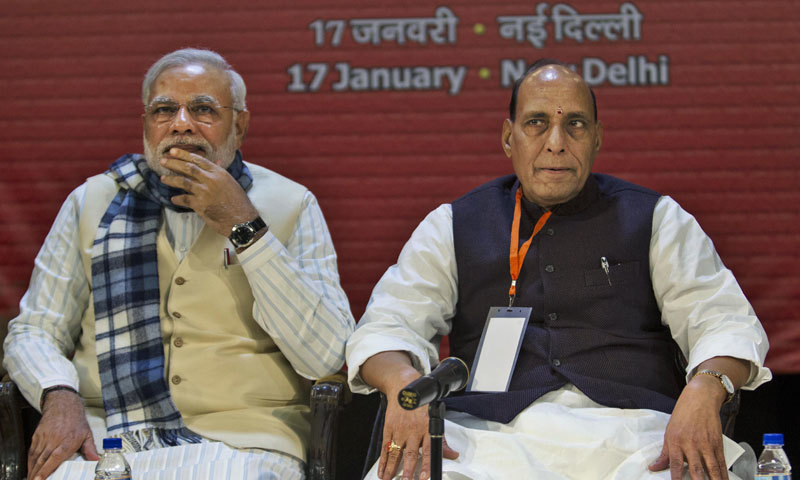 India has stuck to its commitment of ‘no first use’ of nuclear weapons but future policy will depend on the situation, the defence minister said on Friday, which analysts said introduced a level of ambiguity in a core national security doctrine.

India had declared itself a nuclear power after conducting underground tests in 1998 and Pakistan responded with its own tests shortly afterwards. Since then, nuclear experts say the rivals have been developing nuclear weapons and the missiles to deliver them.

In a visit to Pokhran in western India, the site of the nuclear tests, Defence Minister Rajnath Singh paid tribute to late former prime minister and revered leader of the ruling Hindu nationalists, Atal Behari Vajpayee, for making India into a nuclear power.

“Pokhran is the area which witnessed Atal Ji’s firm resolve to make India a nuclear power and yet remain firmly committed to the doctrine of No First Use.

doctrine. What happens in future depends on the circumstances.” At the time of the tests, India said it needed a deterrent against nuclear-armed China but it has also long been concerned about Pakistan’s nuclear capabilities.

Shekhar Gupta, a political commentator and defence expert, said the government appeared to have an open mind on the issue of ‘no first use’ of nuclear arms and the comments could be aimed at Pakistan, which has said previously it needed to develop small nuclear weapons to deter a sudden attack by India.

“Rajnath Singh is measured and not given to loose talk or bluster. He isn’t signalling a shift, but an open mind on the NFU (No First Use) inherited from Vajpayees Nuclear Doctrine,” he said on Twitter.

Tensions between the two countries have increased following India’s move to revoke autonomy in the disputed region of Kashmir, the cause of two of their three wars. In February, Indian and Pakistani fighter jets clashed over the territory.

Vipin Narang, a nuclear affairs expert at MIT in the United States, said that Singh’s comments were a sign the policy on ‘no first use’ could change in the future.

“Make no mistake: this is by far the highest official statement from the Raksha Mantri’s (Defence Minister) mouth directly that India may not be forever bound by No First Use,” Narang said on Twitter.