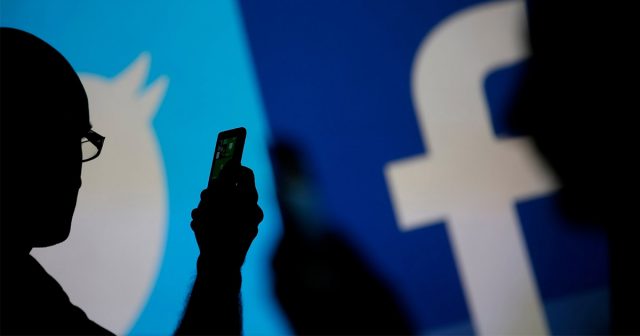 Shafaqna Pakistan:Once again Twitter has proved to be an Indian dominated company. Several accounts of Pakistanis who raised their voice for Kashmir have been suspended.

In the latest development, the Director-General (DG) Inter-Services Public Relations (ISPR) Maj Gen Asif Ghafoor, through his personal Twitter account, on Sunday said that Pakistani authorities have taken up with Twitter and Facebook the alleged suspension of Pakistani social media accounts posting in support of Kashmir. Analysts maintain social media sites are predominantly controlled by Indians.

Shahid Raza also suggested the same and urged the present government not to waste time and immediately make a policy and invite Facebook to build an office in Pakistan.

General Ghafoor’s statement #StopSuspendingPakistanis was trending on Twitter in Pakistan. Over the last week, multiple Pakistanis have taken to Twitter to report that accounts were being suspended after they posted about Kashmir.

According to ET, Indian government officials have admitted, on social media, to putting pressure on Twitter to suspend accounts tweeting in favor of Kashmir and against the Indian occupation regime.

Facebook has the greatest number of fact-checking partners in India, followed by the United States, according to the Poynter Institute. The numbers, Poynter said, are a reflection of where the majority of Facebook’s users are situated. There are 250 million Indian Facebook users.

Facebook’s partners
According to Facebook, the following organizations have partnered with the social media giant for fact-checking purposes in India:

A recent report published by Access Now ─ an international non-profit advocacy group dedicated to an open and free internet ─ on global internet shutdowns stated that India was responsible for a majority (67 percent) of the 196 internet shutdowns documented across the world last year.

Facebook’s crackdown against Pakistani Social media activists
On April 1st, Facebook had made the announcement and had said that the 24 pages, 57 accounts and 7 groups removed on Facebook had more than 2.8 million followers. These pages and groups, alleged Facebook, belonged to the Inter-Services Public Relations (ISPR). “Today we removed 103 pages, Groups and accounts for engaging in coordinated inauthentic behavior on Facebook and Instagram as part of a network that originated in Pakistan,” Nathaniel Gleicher, Facebook’s head of cybersecurity, had said in a statement released on April 1st.

Facebook has the greatest number of fact-checking partners in India, followed by the United States, according to the Poynter Institute.

ISPR also raised questions over Facebook’s act of removing accounts highlighting the Kashmir issue and supporting Pakistan’s armed forces’ struggle. The military’s media wing also urged the social media giant to open its office in Pakistan for a “better understanding of the situation” on ground.